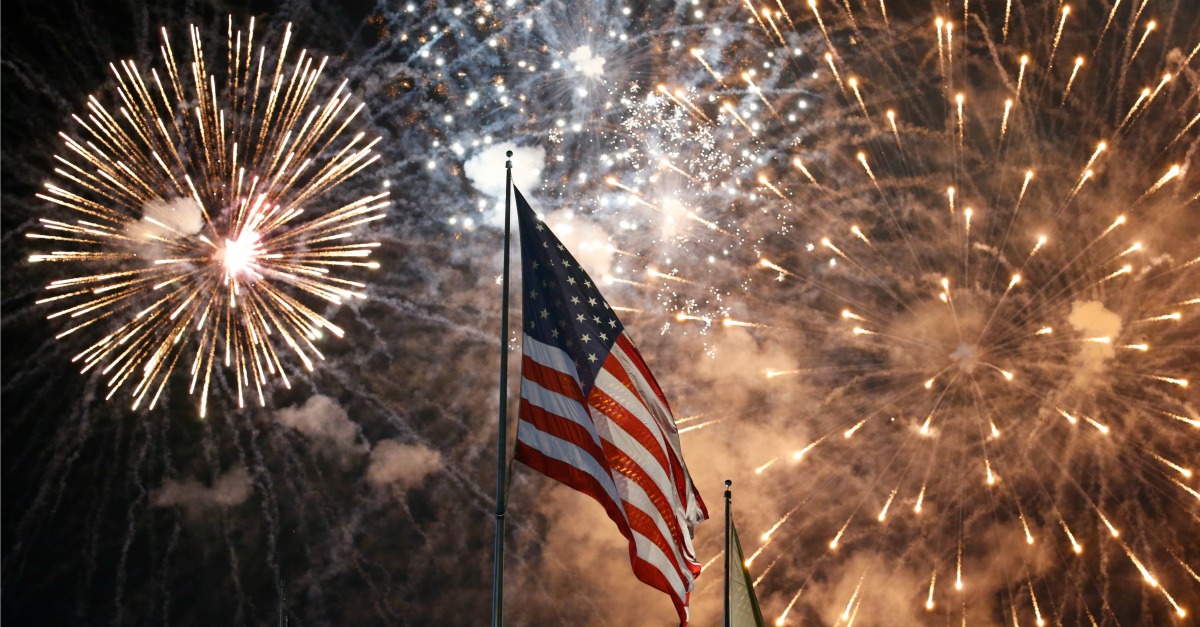 The Fourth of July is quickly approaching, and Americans are getting ready to host family and friends in celebration of the country’s independence.

But one town is asking its residents to rethink their participation in the popular explosive tradition.

Authorities in Columbia, a small Connecticut town, are concerned about the welfare of a bald eagle family, reports the Associated Press.

RELATED: Reeling in a camera from the Tennessee River revealed hundreds of photos and led to a remarkable meeting between strangers

After a pair of eagles moved to the town last summer, a female eaglet hatched only a few months ago. The eaglet has not yet developed the ability to fly. Seeing as its nest is 100 feet off the ground, wildlife biologists like Brian Hess, who works for the Connecticut Department of Energy and Environmental Protection (DEEP), are concerned that fireworks might scare the eaglet from its nest.

“Eagles and fireworks are both sort of this great American tradition,” Hess added. “But I can’t think of a more perfectly startling thing than a firework.”

“The resident trooper will be the enforcement agency to make any finds concerning illegal fireworks,” he said.

“I would not be happy if something happens to that eaglet,” said 28-year resident Janice Thibodeau. Though she said her neighbors have already purchased thousands of dollars in fireworks as they do every year, she suggested that they wait until Labor Day to fire them.

Though bald eagles are no longer an endangered species, their harm comes with prosecution on the state and federal levels.

An email from Hess was forwarded to the residents of the town regarding the decision. A copy of the email was shared with Rare: