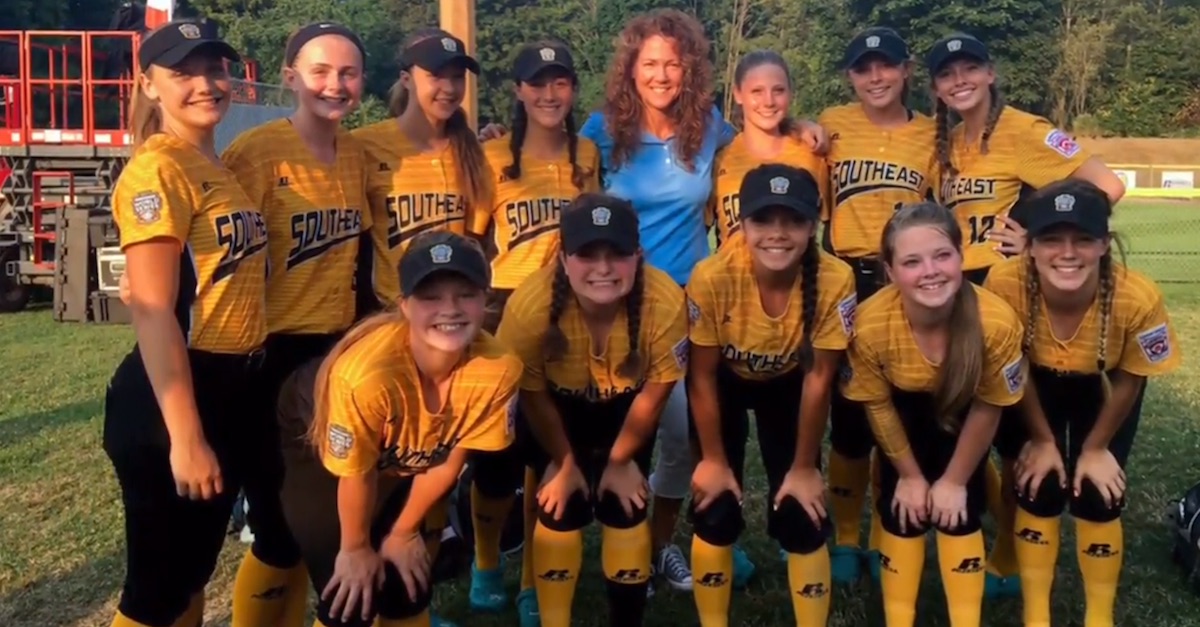 The Little League® International Tournament Committee disqualified the Atlee Little League softball team of Mechanicsville, Va., for unsportsmanlike conduct only a few hours before they were set to appear at the Junior League World Series. The decision resulted from a Snapchat picture where the players gave the middle finger to a rival team from Kirkland, Wash.

Atlee manager Scott Currie was made aware of the picture after it was posted. Though it was deleted soon after, he arranged for his players to apologize to the rival team, a move that was praised by the Kirkland team manager.

Kevin Fountain, spokesman for the Little League, confirmed the disqualification in a statement:

RELATED: If you inhale your neighbor?s smoke, did they break the law? One woman is about to find out

The decision to disqualify the girls has since been criticized as an overreaction.

“It?s a travesty for these girls,” said Currie. “Yes, they screwed up, but I don?t think the punishment fit the crime.”

Chris Mardigian, coach for the Atlee team, suggested that the move was retaliation, as the girls were responding to some hostilities in their game against Kirkland. During last week’s game, a Kirkland player and coach were ejected at various parts of the game for their conduct.

RELATED: A lawsuit alleges a Florida school knew a teacher was sleeping with at least eight students and did nothing

We expect Little League International will take the time to fully investigate the matter, and we will comply with this investigation by providing all information about unpleasant interactions including the social media post and the time leading up to that event — not all of which were on the part of those on the Atlee softball team.

He said that there was a desire “to protect youth who are recipients of inappropriate behavior both on and off the field,” adding, “We take very seriously our charge to impart the value of good sportsmanship.”