Miami DJ Scott Melker took to his Facebook on Thursday to tell some stories about Donald Trump Jr.

According to Melker, he attended the University of Pennsylvania with Trump Jr. and was witness to some his poor behavior and alleged resentment of his father.

Melker wrote that he hopes to shed “a bit of light on the kind of person that Donald Trump is, and the kind of son he raised.”

Melker described one pointed interaction he witnessed between Trump Jr. and his dad outside Trump Jr’s dorm room.

“Don Jr. opened the door, wearing a Yankee jersey. Without saying a word, his father slapped him across the face, knocking him to the floor in front of all of his classmates. He simply said “put on a suit and meet me outside,” and closed the door.”

Melter then accused Trump Jr. of being a “drunk” in college.

“Every memory I have of him is of him stumbling around campus falling over or passing out in public, with his arm in a sling from injuring himself while drinking,” Melker wrote.

RELATED: Donald Trump Jr. used a photo of Skittles as an analogy for Syrian refugees, but the photographer came forward with a strong objection

“He absolutely despised his father, and hated the attention that his last name afforded him. His nickname was “Diaper Don,” because of his tendency to fall asleep drunk in other people’s beds and urinate. I always felt terrible for him.”

According to the DJ he will vote for Democratic nominee Hillary Clinton this election season.

“It is clear to me that Donald Trump lacks the temperament and basic social decency to run our country.” 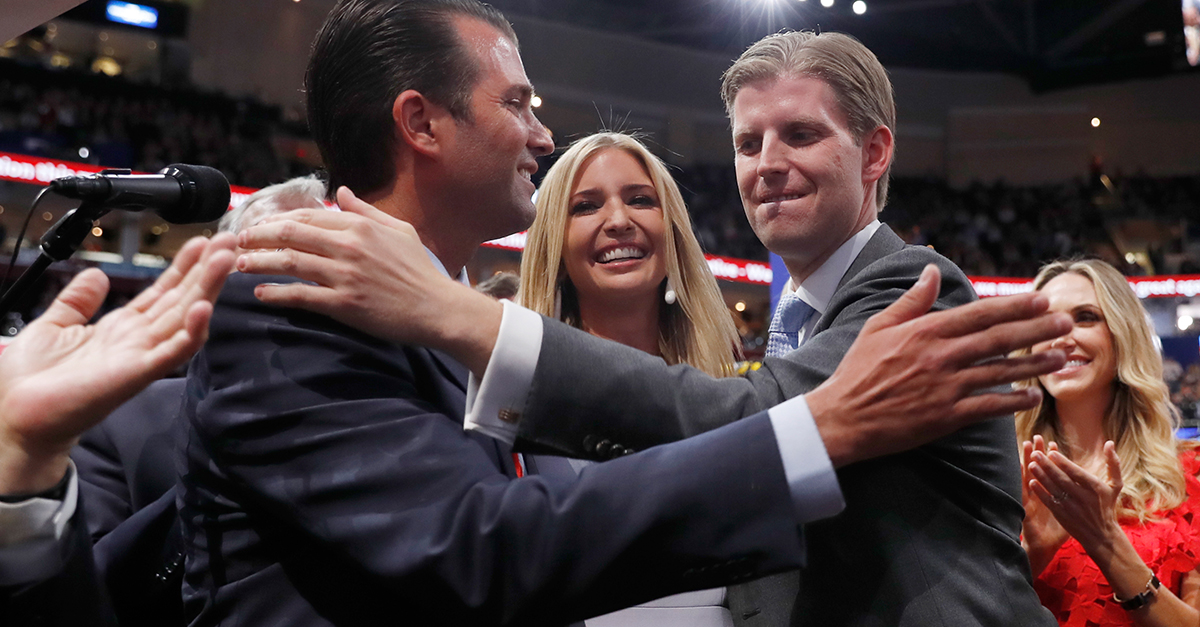