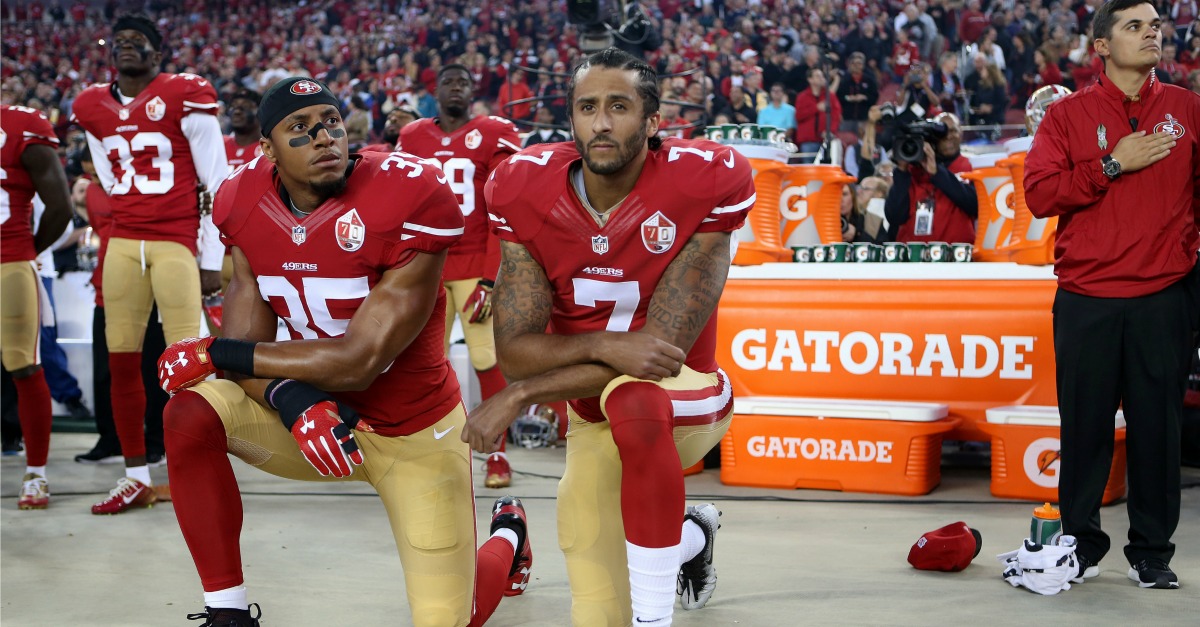 An Arkansas firefighter was relieved of his duties after writing a controversial Facebook post about professional athletes taking a knee for the national anthem in which he called for President Trump to “post snipers at every game” to shoot kneeling players “in the head.”

“U want my honest opinion about these worthless piece of crap proffessional football basketball and baseball wannabe players I think trump should post snipers at every game and each player that takes a knee or sits in the lockerroom should b shot in the head,” read a screenshot of the post in question, which appeared under an account with the name Jonathan Marotti. “I have no sympathy for them and no respect and as for the rest of u Obama lovin snowflakes out here protesting and makin idiots out of urselves u should be shot on sight if you disagree with me then dont let the door hit ya where the good lord split ya.”

Assistant Chief John Buford said Marotti, who had been with the department for at least four years, violated the agency’s social media policy, which bans employees from posting anything that may reflect poorly on their employer.