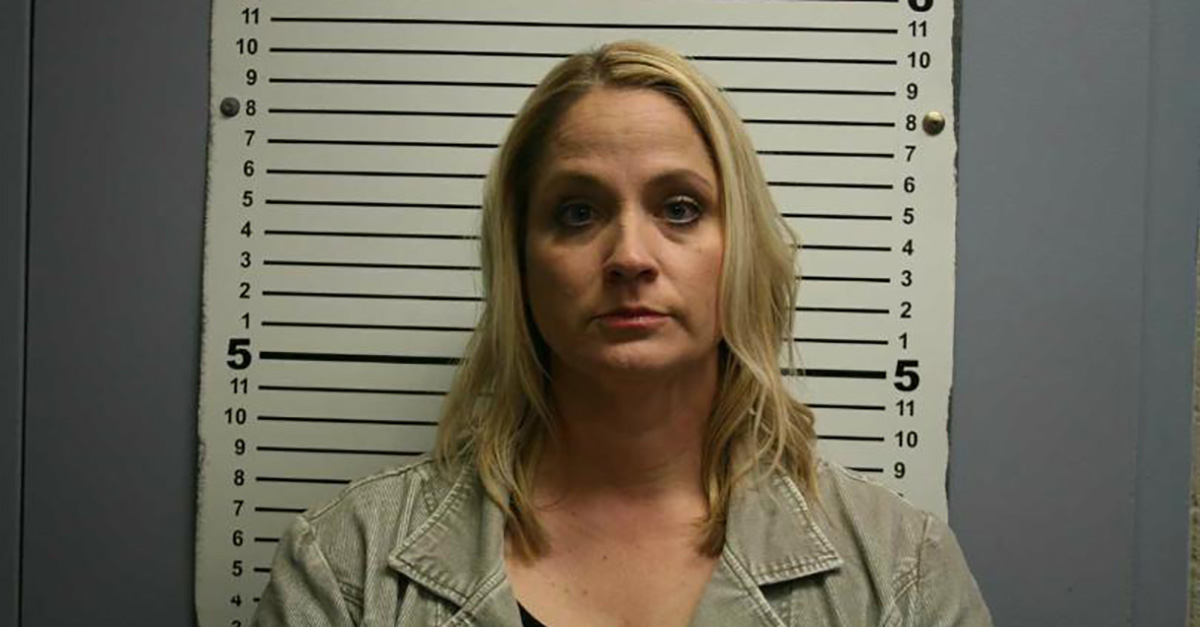 One of the more tangled instances of an alleged inappropriate teacher-student relationship is unraveling in a Texas school district, where a science teacher and wife of the school district’s athletic director has been arrested and charged with maintaining an improper relationship with a 15-year-old male student.

Jamie Lynn Goforth, 37, a teacher at Caldwell High School, turned herself in to police on Sunday, reports KBTX-TV. She was briefly detained in Burleson County Jail but posted a $10,000 bail and was released on Sunday afternoon, according to The Eagle.

RELATED: A young teacher allegedly had a relationship with a student she “loved,” but police didn’t find the idea romantic

Authorities say the relationship between the teen and the teacher started in October 2017. School officials became aware of the alleged relationship on Feb. 2 and immediately alerted law enforcement. A week later, a warrant was issued for Goforth’s arrest, but the sheriff’s office claims that when they tried to locate her, they thought she may have left the county.

However, Goforth then turned herself in two days later.

The Goforths have been married since 2011, according to a personal website, per the Daily Mail. They have two young daughters together, and Bobby Goforth also has two daughters from a previous relationship.

In the wake of Goforth’s arrest, the school district quickly issued a statement to inform parents about the situation.

RELATED: The ticket to good grades in this teacher’s class was allegedly a very inappropriate assignment

“Many in our school community have heard of the arrest of Caldwell High School teacher Jamie Goforth. The incident is being addressed through the court system, and the employee is not currently assigned to duty,” the statement read. “The District holds all employees to a high standard of professionalism. We will monitor the matter and cooperate with any law enforcement requests throughout this legal process.”

“Our first priority is to provide a safe learning environment for our students. Personnel matters are considered confidential, so please understand that we are unable to provide further details regarding this matter,” the district continued. “We thank our entire community for the support of Caldwell ISD and its students.”

Goforth, a graduate of Texas A&M University, taught chemistry and physics at the school, and prior to her teaching stint, she had done sales at a car dealership and worked as a crime scene investigator, according the the Daily Mail.