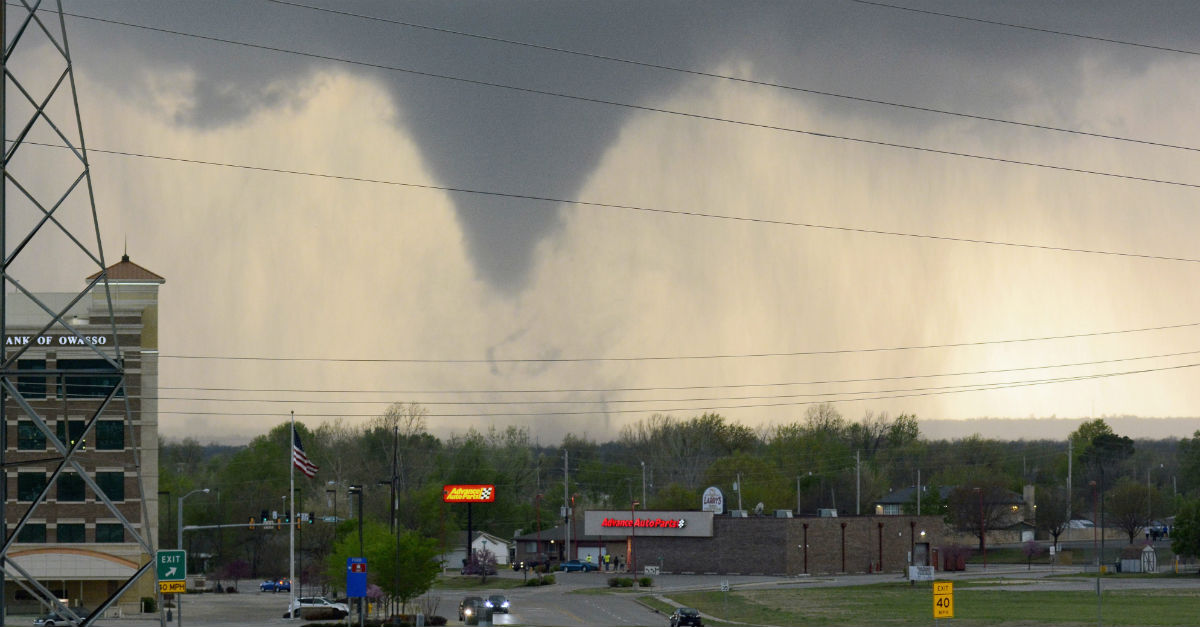 AP Photo/Larry Papke
FILE - In this March 30, 2016, file photo, a tornado touches down in Tulsa, Okla. Hundreds of the nation's top meteorologists and disaster recovery experts will converge on Oklahoma City beginning Feb. 13, 2017, for the sixth-annual tornado summit, even though much of the discussion is likely to have more to do with temblors, not twisters. (AP Photo/Larry Papke, File)

Tulsa, Okla., residents woke up to the devastation of an EF2 tornado that hit the town overnight, reports FOX23.

The tornado hit shortly after 1 AM, destroying multiple businesses. There was no early indication of the tornado’s appearance and officials say it moved on before a warning could be sent to residents.

“It’s a highly commercial area with a lot of people normally in there. There’s a mall, there’s a movie theater, a TGI Fridays,” said Tulsa spokeswoman Kim Meloy. Meloy said that the timing was ideal considering hundreds, if not thousands of people occupied the commercial area during the day.

Over 15,000 residents lost power. A reported 39 were hospitalized or treated for storm-related injuries.

Tulsa Mayor G.T. Bynum thanked emergency services for their part in saving lives and informed the public how they might go about helping:

RELATED: A Navy veteran is fighting back after being told to remove his American flag mailbox wrap

The tornado was described as an “exceptionally fast-moving storm.”