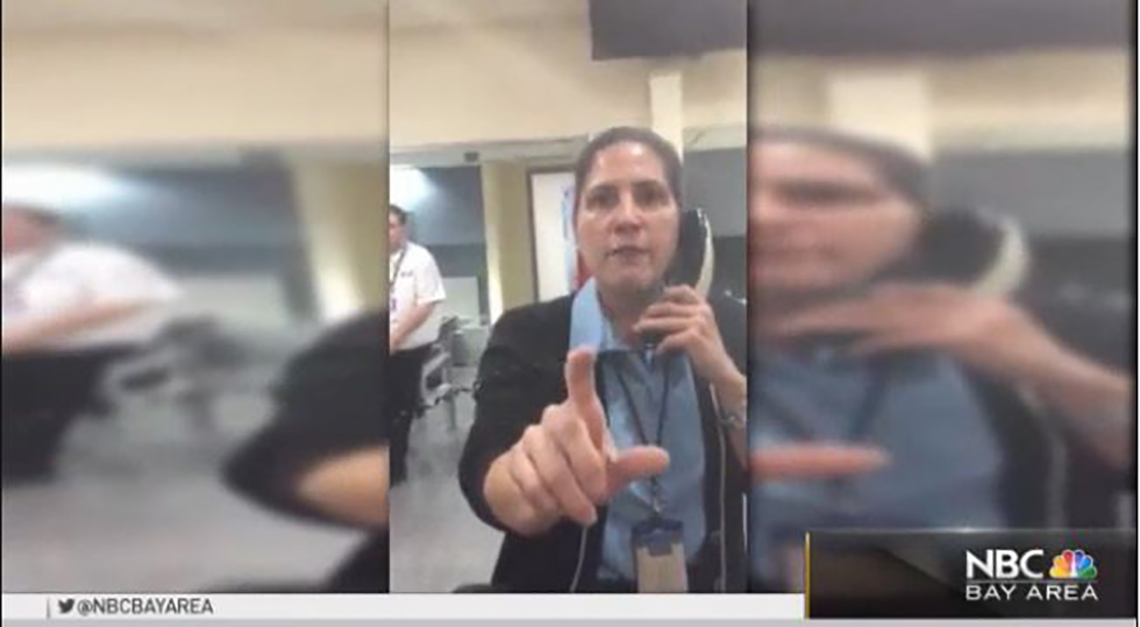 United Airlines is in the news again after another issue with a customer. NBC Bay Area reported that a man said his flight reservation was cancelled after he started filming his interaction with a gate agent.

The dispute started when the customer, Navang Oza, found out that it would cost him $300 to check his bag for his flight home from New Orleans to San Francisco. He’d checked the same bag on the way to New Orleans for $125.

When he asked why he was being charged more this time around, things got heated. That’s when he started filming.

RELATED: Police who dragged doctor off United flight think they were in the right

“I’m trying to get an answer, the lady was being rude,” Oza told NBC Bay Area.

The video shows the the gate agent reaching her breaking point and cancelling Oza’s trip.

“You do not have my permission to videotape,” she says. Oza then cuts in, demanding to know the reason for the price hike on his checked bag. The agent then turns to someone else and says “cancel the reservation.”

RELATED: After the United Airlines disaster, Chicago airport takes action against its head of security

The video then shows the gate agent actually pulling out her phone and recording Oza to give him a taste of his own medicine.

“I was shocked, because I didn’t know she had the right to cancel my flight because I started recording,” Oza told NBC Bay Area.

After the incident, Oza bought a one-way ticket on a different airline and is now asking United to give him his money back for the cancelled flight.

United released a statement, saying, “The video does not reflect the positive customer experience we strive to offer and for that we apologize. We are reviewing this situation, including talking with Mr. Oza and our employees, to better understand what happened.”

NBC Bay Area reported that United is investigating the incident.