A vegan chef, author and motivational speaker in the Phoenix allegedly shot his ex-wife and two kids in an apartment on Christmas Day, according to local authorities.

RELATED: Police were called to the scene of an apartment basement in New York — 4 people were found dead

Following a six-hour standoff that reportedly included exchanging gunfire with police, Anthony Milan Ross, 45, was taken into custody at around 10 p.m. Monday. When police arrived at the scene, they found an adult woman who had apparently been killed by gunshots in the parking lot.

The suspect had barricaded himself inside an apartment unit, according to Sgt. Jonathan Howard.

Witnesses told police they saw Ross shoot his ex-wife Monday afternoon as she tried to run away from him, according to court documents. Witnesses asked Ross if the woman was OK. He said, “no,” and pointed his gun at them, according to police. He then fled for his apartment, and witnesses said they heard two or three more gunshots.

The victim’s sister, Mary Wogas, said she received an ominous text message from Anthony Ross earlier on Christmas and feared something was horribly wrong.

“I received a text yesterday about 2:52 p.m. Two messages, first one saying, ‘I just killed Iris and the kids.’ The second message was ‘with a gun,'” Wogas told ABC 15. “I knew that man was very unstable. I knew he had a very, very dark side. I didn’t know it was this dark.”

The Rosses divorced earlier in the year, according to AzCentral.com.

RELATED: Police confirm the worst after a missing woman’s husband reportedly leads them to a gory discovery

Police opted to put an end to the standoff at around 10 p.m. by deploying a robot into the apartment. Unfortunately, it soon became clear to police that the younger child, Anora, was not alive. They could see that she was dead in one of the rooms.

Once they discovered Anora, police entered the apartment unit. Ross opened fire, according to court documents, and police later found Nigel’s body in a different room.

Police are still searching for a motive for the killings.

One officer, a 46-year-old man who had been on the job for 23 years, was injured by shrapnel. He was taken to a hospital in stable condition, police said. 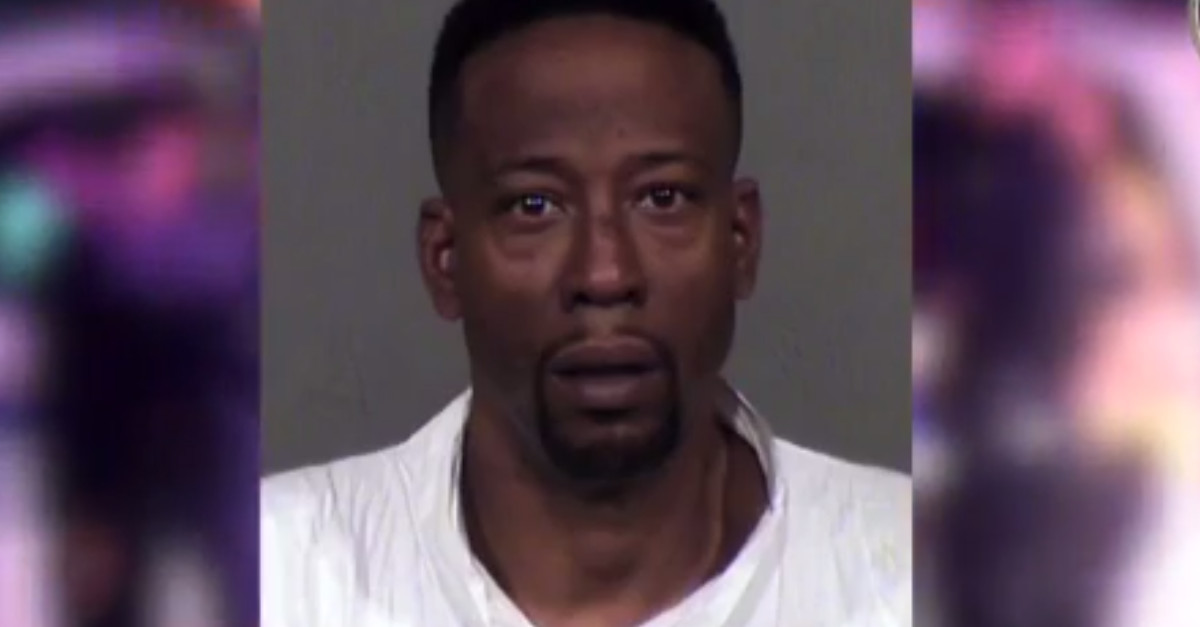