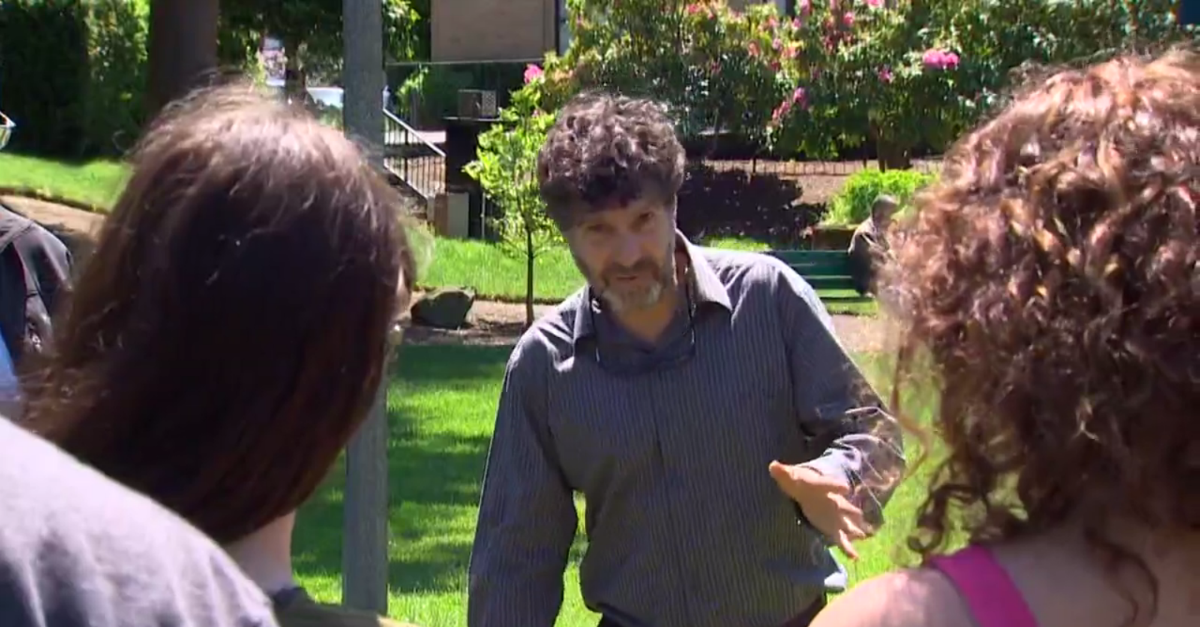 Evergreen State College professor Bret Weinstein was chased out of his 15-year profession by his own college.

The Washington students accused the biology professor of being a racist when he voiced opposition to a “Day of Absence.”

An email from that has surfaced showed why he disagreed with this iteration of the policy.

Weinstein argued that there is a difference between voluntary absence to make a point and barring a group from campus.

In previous years, the “Day of Absence” consisted of minority students and faculty voluntarily absenting themselves from campus to make a point about their value to it and society.

Weinstein has since faced negative backlash from many of the college students. In fact, nearly 200 of them protested him by occupying classroom space and the president’s office. Others have called for his resignation.

The professor’s brother has come to his defense, describing the situation as “the Left eat[ing] its own.”

My brother. Biology Professor @BretWeinstein. In the crosshairs of a lying mob. You SJWs just targeted the wrong guy. The Left eats its own. https://t.co/qQBCoztAvw

“I have been told by the Chief of Police it?s not safe for me to be on campus,” Bret Weinstein told KING 5. He has been meeting with his students in a public park in the meantime, who said that they don’t believe he is a racist.

“When one opposes these proposals, what happens is one is stigmatized as ?anti-equity,? and because I am light-skinned the narrative suggests I’m a person who has benefited from privilege and that I’m trying to preserve that privilege in the face of a legitimate challenge,” he said.

The professor has also spent the week addressing the backlash online:

Never thought I'd see #DialecticOverDebate That hashtag #MakesMyDay and it was a pretty good day… https://t.co/NT33b5olFT

Interesting that @EvergreenStCol still pretends that I "feel" unsafe, while the Evergreen Police tell me I am unsafe. Admin silent. George?

Drawn by my friend Stuart. Really captures the moment, I think. pic.twitter.com/V3QZ8a7b77

The ire has also been directed at students who agree with the professor’s stance.

At least my students are getting safer. But notice the implications. My students were doxxed, harassed and followed. Get it @EvergreenStCol? pic.twitter.com/70vHzYEUHe