This car got a terrifying ride courtesy a completely oblivious trucker 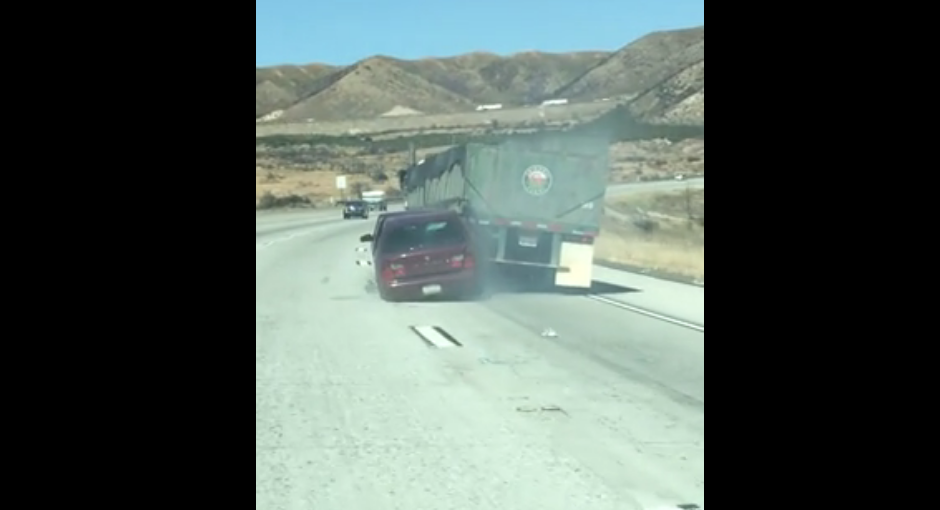 A California driver came upon an almost unbelievable sight when he was driving down I-15 near Los Angeles — a car being dragged on the back of a tractor trailer. The front bumper of the car had become wedged on the truck, and the driver of the semi didn’t seem to notice.

RELATED: Hours after his road rage fist fight went viral, a Louisiana man lost control of his car and didn’t make it

Brian Steimke noticed the spectacle and was able to record a video on his phone. According to Steimke, “Other drivers honked to get the trucker’s attention, although the trucker didn’t notice until another car got in front to stop the truck.” He later uploaded the clip to Facebook.

RELATED: A cop was victimized by a wild goose chase, literally, after forgetting his keys in his car

When Steimke pulled up beside the car’s driver, he was waving frantically and hollered “he’s not stopping,” in reference to the truck driver. Finally, another car managed to get in front of the truck and slow down until the semi stopped. Steimke got out of his car to talk to the truck driver while others helped the man, who was shaken but uninjured, out of his car. CNN reported that the California Highway Patrol stated no charges were filed.