The mother of a baby found abandoned in a Seattle front yard has admitted to leaving the infant after using drugs and becoming paranoid. The 3-month-old boy was found in the early hours of Monday morning when a woman walking home thought she heard a distressed animal. Using her cellphone flashlight, she found the baby lying in the grass instead.

Investigators assured concerned residents that the child was in good health, with Lakewood Lt. Chris Lawler saying, “The kid’s going to be fine.” He was taken to a nearby hospital and then later placed in the care of Child Protective Services. Detectives learned that a patient at the hospital was claiming to be the boy’s mother after seeing media coverage of the incident.

RELATED: A Texas mom couldn’t make it inside the hospital, so she delivered her baby boy the only way she could

“The mother told detectives that she was at a Lakewood residence last night and did some drugs, which made her paranoid,” a Lakewood police news release said. “She said she grabbed her baby and ran from the residence because she thought she was being chased. She admitted to leaving the baby in a front yard and hoping someone would find him.”

While detectives were interviewing the mother, the infant’s father showed up at the hospital. He insisted that he last saw the child with his wife in Sunday night and that he had left because they were arguing.

“He said he didn’t know the child had been abandoned,” Lawler said.

The mother was booked into jail on suspicion of second-degree abandonment of a dependent person. The father was also booked, but on a previously issued misdemeanor arrest warrant. The parents will be identified once formal charges are filed.

“In my 26 years I’ve never seen anybody leave a kid in the middle of somebody’s yard,” Lawler said, indicating that the investigation is ongoing.

RELATED: A Tennessee couple got busted for attempting to sell their baby on Craigslist 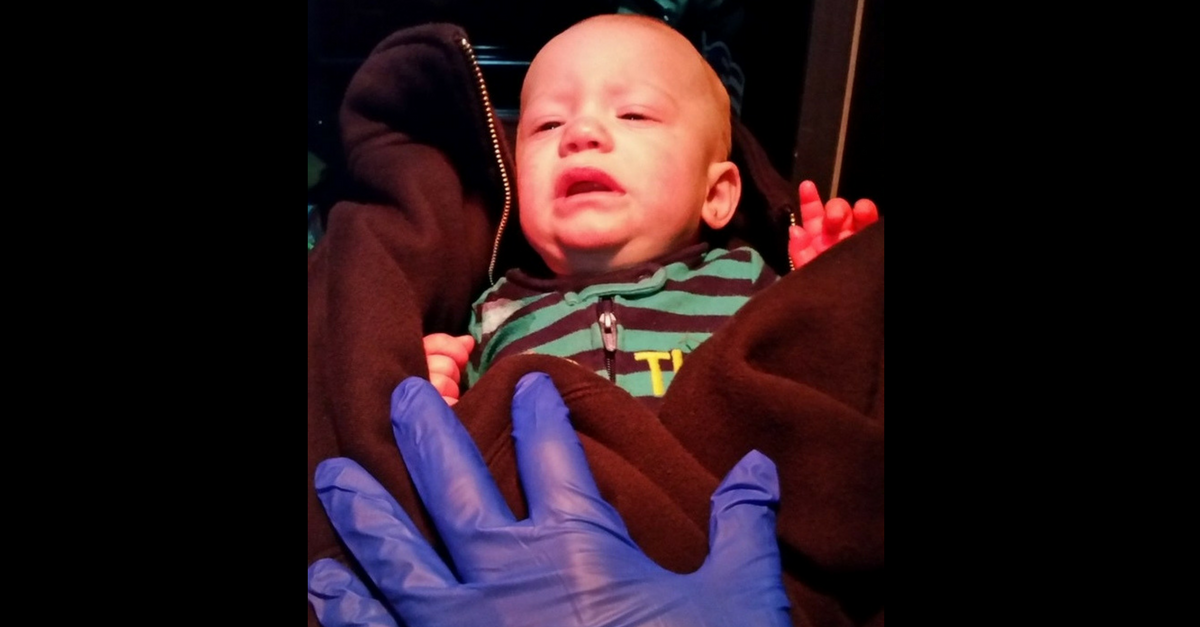