A Missouri woman is recovering after finding a razor blade embedded in the handle of her Wal-Mart shopping cart — the hard way.

WFTV reports that Michelle Patterson went to wipe down the handle on her cart with a sanitizing wipe when she felt a prick and discovered the blade. The incident took place at a Wal-Mart building in Festus, Missouri.

RELATED: A Washington man passed out drunk in a Wal-Mart bathroom — then the fire started

Though the wound drew blood, Patterson was not seriously injured. She is undergoing blood tests to be sure everything’s alright.

Wal-Mart issued a statement reported by Fox2 that called the incident “disturbing.” They say they’re reviewing surveillance footage and checking every cart at the affected Wal-Mart location.

It’s disturbing that someone might try to injure a customer or associate, and we’re grateful no one was seriously hurt. We’ve checked all shopping carts and are currently conducting regular checks. We’ve also reviewed surveillance footage and will continue working with police to find the person responsible. 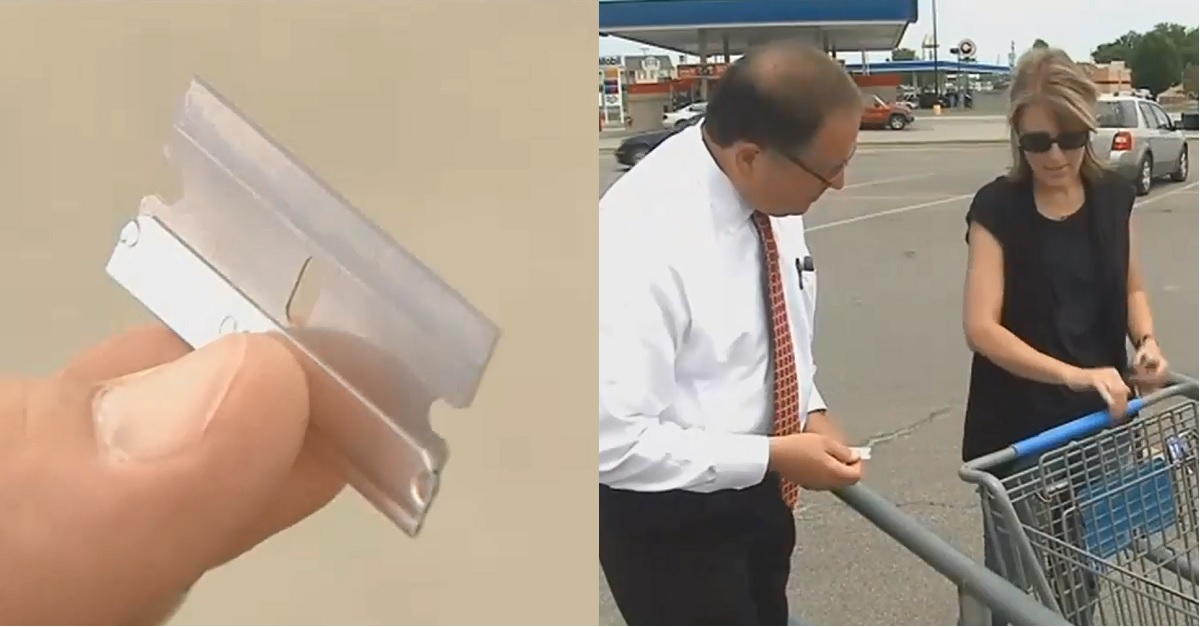