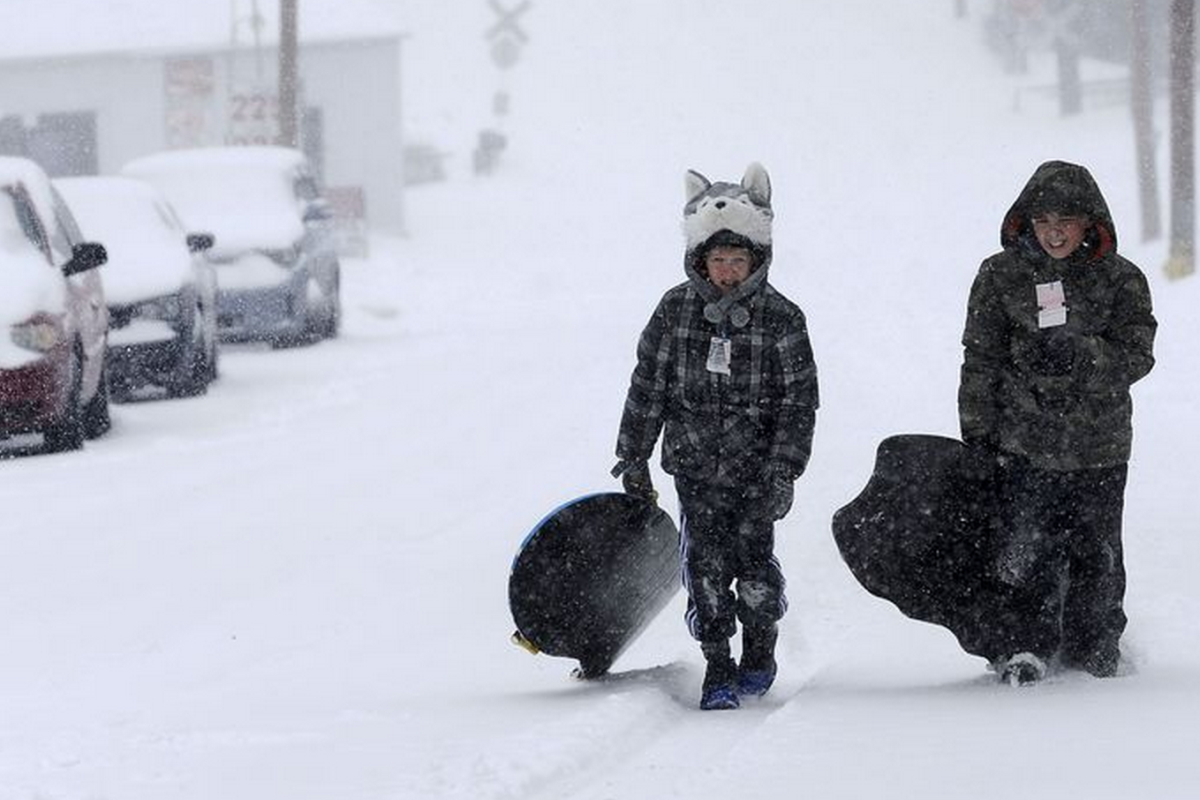 Amid relentless snowstorms and brutal wind chills, the above-freezing temperatures in Sunday’s forecast for the Northeastern U.S. never looked so good.

Snow continued to fall in the region into the morning or turn to icy rain but temperatures were expected to warm to highs near the mid-30s in Boston and Portland, Maine, and near 42 in Philadelphia. Even with the wind chill, it could seem a “balmy” 30 to 35 degrees in New York City on Sunday.

“We have a little teaser with this warmup,” said Kim Buttrick of the National Weather Service in Taunton, Massachusetts. “But temperatures are going to go back to being below normal on Monday and Tuesday.”

The snow began falling over the East Coast on Saturday, dropping a wintry mix as far south as northern Georgia. The National Weather Service said the storm could bring 6 inches or more of snow to some areas in the Northeast by Sunday morning.

By Saturday night, about 8 inches had fallen in Baltimore, while Washington had 5 inches and New York City had 2. Into Sunday, as much as 8 inches of snow was possible in some inland areas of the Northeast, while areas farther south and closer to the coast were expecting a wintry mix of snow, sleet, freezing rain and rain.

New England, where Boston has seen more than 8 feet of snow from several strong storms in recent weeks, was again under siege. Three to 6 inches of fresh snow was forecast for much of the region, as well as a wintry mix including rain as temperatures climb Sunday.

Buttrick said existing snowpack will become heavier as it absorbs any rain that does fall and endanger strained roofs.

“It especially will be problematic for flat roofs,” she said. “On a sloped roof, with that loading, the weight of the snow may just come falling down, and could be a hazard with icicles. It could also take the gutters with it.”

The storm also brought headaches elsewhere: Rain and above-freezing temperatures in Tennessee prompted state emergency officials to warn of possible flash flooding from melting snow. Officials in the Washington area, where 4 to 8 inches was expected, urged drivers to avoid unnecessary travel. Blowing snow swirled through the streets of Philadelphia and New York City.

The Federal Aviation Administration briefly issued a ground stop on Saturday to keep flights from taking off for Philadelphia International Airport because of reduced visibility and high winds, airport spokeswoman Mary Flannery said.

She said about 20 percent of the flights into and out of the airport were canceled and many others were delayed. The FAA was reporting that the three airports in the New York metropolitan area, Washington Dulles International Airport and Memphis International Airport in Tennessee also were experiencing significant delays because of the weather.

The eastern United States did not have the market cornered on misery, however: A winter storm was threatening to bring 2 feet or more of snow to parts of Colorado by the beginning of the work week. Heavy snow up to 3 inches an hour began falling Saturday on the Front Range, while in Wyoming, a 50-mile stretch of Interstate 80 between Cheyenne and Laramie was closed.