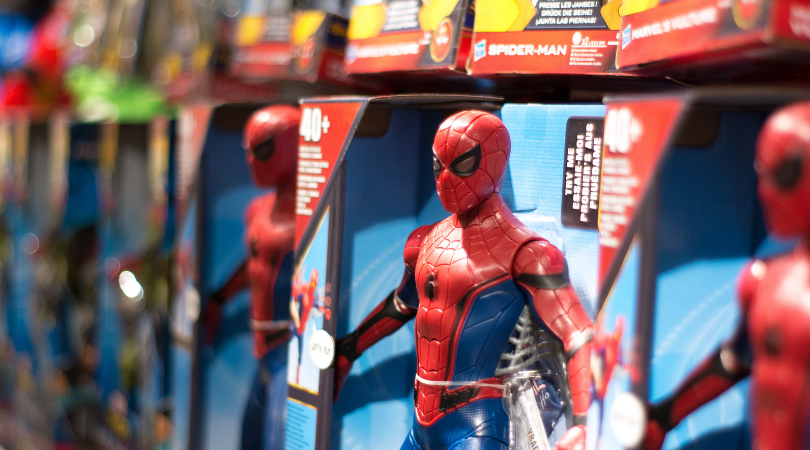 A 34-year-old Wisconsin man who suspected that his wife had messed with his action figures angrily retaliated by taking an ax to his family’s most expensive possessions, including a television, a laptop, and their car. He also happened to be pretty drunk. At the end of the man’s drunken ax rampage — which was finally stopped when he got the ax stuck in the car’s windshield –, he called the police on himself and informed them that he’d had too much drink and had “overreacted”.

While the man’s name was not released by the Madison Police Department, he was arrested and booked on disorderly conduct and felony damage to property charges. Police say he caused more than $5,000 worth of damage.

While we have no way of knowing exactly what was said to incite this incident (and because no one was injured so I don’t feel bad about doing this) I’m going to go ahead and just guess how the argument unfolded.

Wife: No one touched your action figures. You’re drunk.

Guy: You don… you don’t tell me if whether I’m not drunk or not, woman.

Guy: Oh what? So you can mess up my action figures some more!?! You– you have always been jealous of them. Catwoman, Cheetara, She-Hulk.

Wife: I have no idea what you’re talking about.

Guy: You’re jealous. Jealous you’ll never be like them. Jealous I’ll never love you as much as them.

Guy: And okay. I admit it. I’ve made love to She-Hulk. Because you drove me to it.

Wife: Fine! I did touch your action figures. Okay!? I put She-Hulk back on the shelf because it was laying on the floor next to a used condom. I didn’t want our kids to see how gross their dad is about his freakin’ action figures.

Watch: Dad Tries to Kill Son with Chainsaw, Son Runs Him Over with Lawnmower