Menu
Follow us
Search
Menu
Search
Salma Hayek arrives at the Oscars on Sunday, Feb. 26, 2017, at the Dolby Theatre in Los Angeles. (Photo by Richard Shotwell/Invision/AP)

Actress Salma Hayek was a Hillary Clinton supporter during the 2016 presidential election, but that’s not stopping her from hoping for the best when it comes to the future of the United States. During an interview with DuJour Magazine, she thinks the country might be better off after Trump’s presidency.

“I stay hopeful, because I believe the best teacher in the world is your mistakes,” she said. “Maybe we will learn a lot from what is happening. I really do think things have to go a little bit south for people to come together and bounce back in a better way. This is how I see it.”

However, her words of hope don’t negate her finding some of the president’s actions “terrifying.”

“What do the supporters see?” she asked. “Every day the lies are being explained with facts, and then he says the press lied, and it’s like a parallel universe of disinformation”

The 50-year-old Mexican-American mom continued by drawing parallels between Trump’s behavior and his rhetoric about Clinton on the campaign trail.

“I find it really interesting how he constantly accuses people of the things he does. Crooked Hillary — he’s not crooked?” Hayek added. “Liar! He kept saying she was one, but then he was lying all the time. It’s terrifying.” 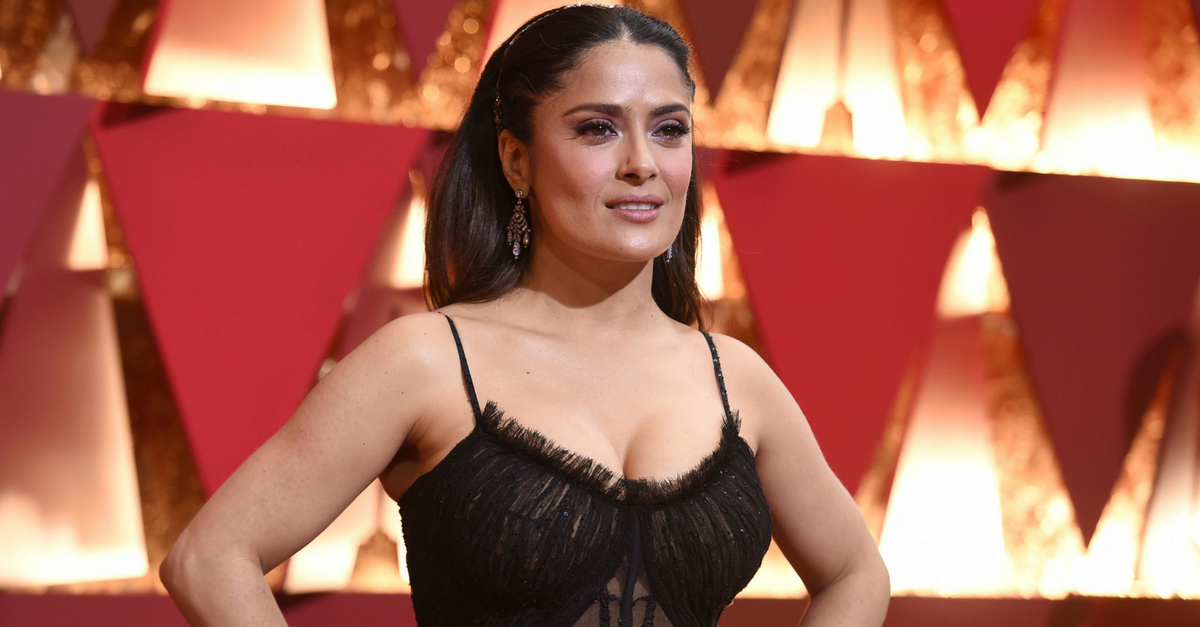