After a condemned home exploded, police found a body inside — but they can’t get to it 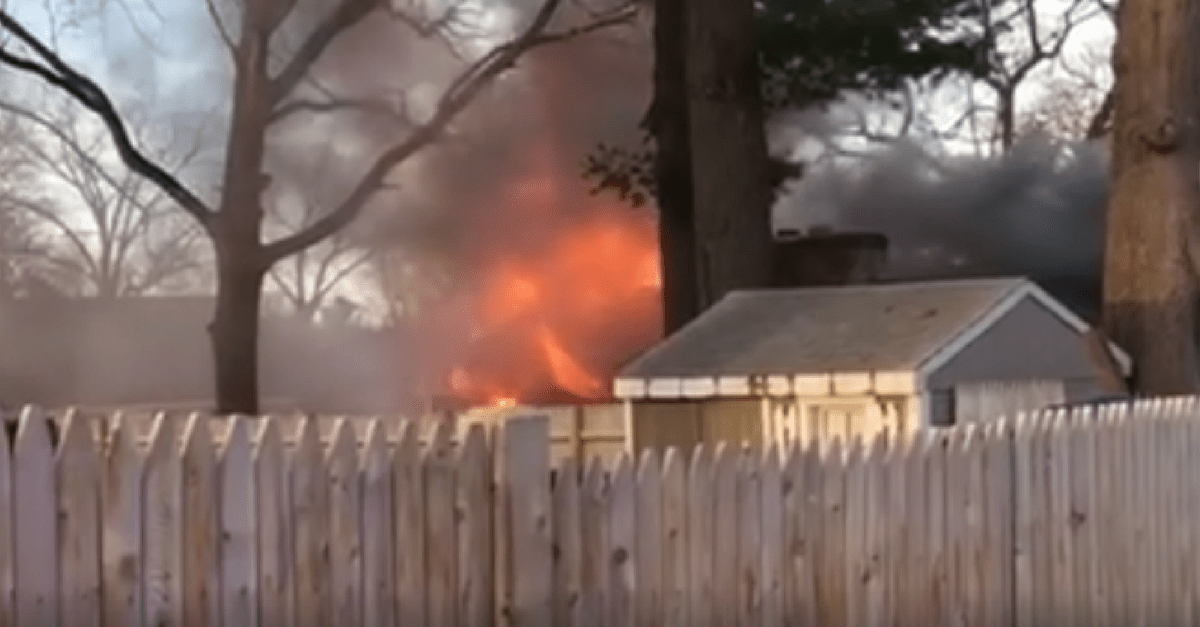 A condemned, booby-trapped home in New Hampshire exploded on Monday night, leaving behind an unidentified body, and so far investigators think it might have been intentional. Police officers responding to a complaint of possible activity inside the house heard a “hissing noise” and smelled gas when approaching the home, causing them to step back just as the explosion occurred. Luckily, no officers were injured.

The house was deemed unsafe and unlivable around two years ago, but Salem Fire Chief Paul Parisi said the owner, Charles Hill, continued living in it anyway. While investigators have yet to identify the body seen inside the home, Salem Police Department Captain Joel Dolan said Hill’s car had been parked in the driveway.

“We don’t know what the ultimate plan was,” Dolan said. “The investigation may turn out to prove otherwise, but at this point, with what we’ve seen so far, it does not look like an accident.”

Authorities still have not been able to enter the home. Dolan claims the investigation is being hampered by barricades and booby-traps covering the house, including logs and boards with nails sticking out of them.

Witnesses reportedly heard gunshots or small explosives going off during the explosion, with one neighbor adding that it’s “no secret [Hill] had a lot of guns.” The evacuation order was issued in 2014 because the home was found to be too unsanitary to live in, meaning that Hill was not supposed to be inside. Since 2015, the house has not had electricity, water or gas.

“There was a lot of ammunition stored in that house,” Parisi told the News Hampshire Union Leader. “It was a very dynamic and dangerous situation.”

RELATED: A mom of three had just crossed a half marathon finish line when she suddenly collapsed