After a dying cancer patient married his long lost love, his ex-girlfriends say it was all a scam 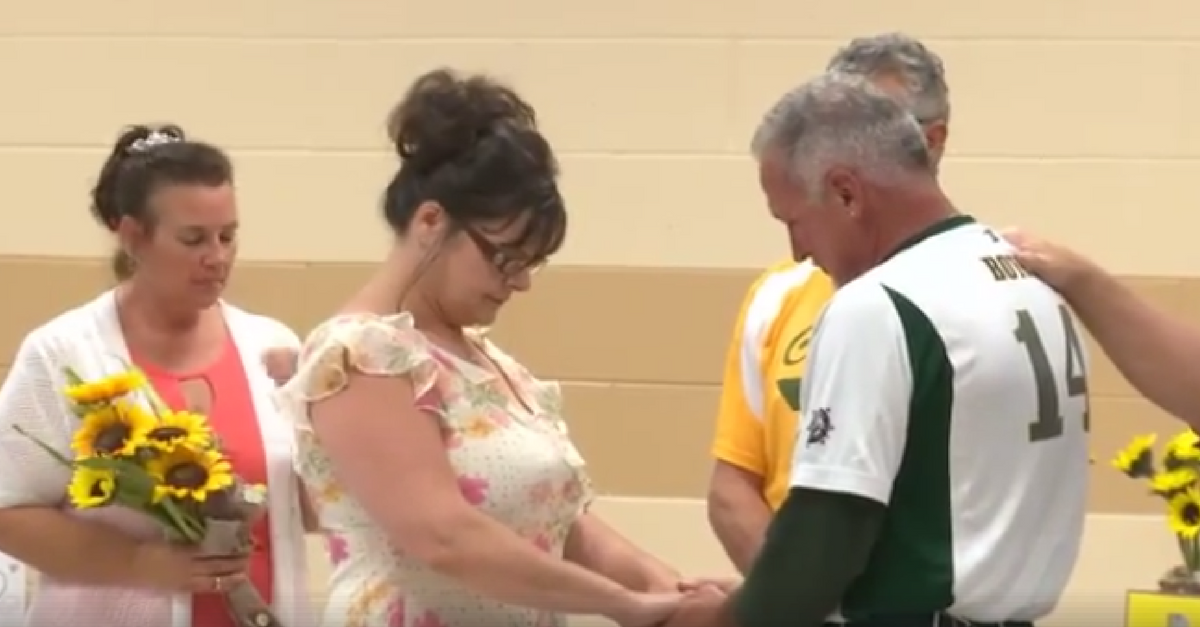 Earlier this month, Florida man Ken Boyer, 60, reportedly married his long lost love Michelle Kimbrel after being diagnosed with terminal liver cancer and reconnecting with her on Facebook. After their story went viral, Boyer was called an inspiration by many, but his ex-girlfriends are now calling him a conman.

Multiple women from across the state have come forward, claiming to have once dated Boyer. According to them, he does not actually have stage 4 cancer and was instead simply “after meals and a place to live.” Barbara Jones, the woman Boyer had been living with since 2015 and whom he referred to as the “old landlady” when talking to his other girlfriends, says she loaned him $22,000, and he has yet to pay it back.

“There were red flags as far as him pushing to move in with me and pushing to have a relationship,” Jones said after revealing she’s filed a civil lawsuit against him to get her money back.

RELATED: A “Shark Tank” star just opened up about being diagnosed with cancer a year after that day

Jones and the other women who have dated Boyer say they all met him on SingleParentMeet.com and that he used the same cancer story on all of them. He also allegedly told them all he fell in love with them at first sight.

“He loved every single one of us,” said Karen Hagerty, a teacher who called Boyer a “master manipulator and conman.”

“And he loved us all from the second he laid eyes on us,” Hagerty said. “He’s very good at what he does.”

While Boyer never asked Miami woman Cheryl Alvarez for money, she admitted she found his cancer claims suspicious, noting that the couple once took a motorcycle trip from Miami to Key West.

“It’s five hours to the Keys and five hours back. Someone going through liver cancer stage 4 can’t do that,” she said.

RELATED: An Alabama woman faces serious time behind bars after authorities discovered she may have faked cancer to get money

Boyer has responded to the allegations, telling WKMG-TV, “I’m not denying that I know them. I have dated them all, I am not going to play their game. The people that truly know me and truly love me still do, but you haven’t talked to any of them. You are only talking to angry, hateful, jealous women.”

As for his cancer diagnosis, Boyer declined to offer any medical evidence of his condition or treatment and said, “Nobody said anything about weeks to live, and I’m sorry the drama card was used to sell the story, but we are done with this.”