After apologizing for her beheaded Trump photo, Kathy Griffin is singing a different tune 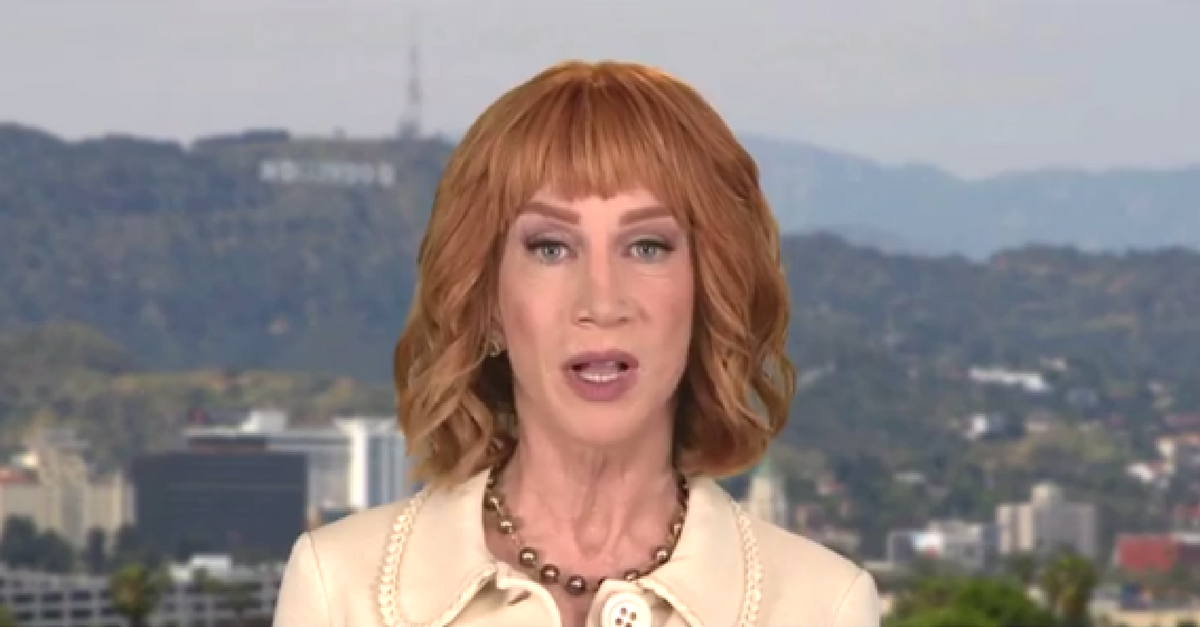 Months after apologizing for her photo shoot starring the fake, decapitated head of President Trump, Kathy Griffin is “no longer sorry” about the controversy.

“I am no longer sorry, the whole outrage was B.S., the whole thing got so blown out of proportion, and I lost everybody,” she said during in interview with Australia’s Seven Network. “I have been through the mill.”

Griffin insisted the enormous amount of backlash she received for the picture was mostly generated by “hardcore” President Trump supporters, whom she claimed barraged both her and her comedy tour venues with death threats. However, one Sunrise co-anchor pointed out that Griffin’s photo was also condemned by a plethora of President Trump critics as well.

“No, you’re full of crap,” Griffin said in response. “Stop acting like my little picture is more important than talking about the actual atrocities that the president of the United States is committing.”

RELATED: Kathy Griffin is turning heads again with more photos, but these are sure to spark compassion over outrage

Following the backlash she received for the May photo, Griffin apologized, saying, “I made a mistake and I was wrong.” She later held a press conference in which she accused the president of “personally trying to ruin [her] life forever” after she was fired from CNN and the remainder of her tour was canceled.