With tears in her eyes, Carryn Owens became a symbol for hope and patriotism, thanks to the President of the United States.

Owens attended the president’s joint address to Congress on Tuesday night in memory of her fallen husband. U.S Navy SEAL Ryan Owens was killed last month during a raid in Yemen. Despite the controversy surrounding the raid that took Owens’ life, his widow’s appearance was all about positivity.

RELATED: In joint address, Trump sticks to the promises fulfilled in his first month

“We are blessed to be joined tonight by Carryn Owens, the widow of U.S. Navy Special Operator Senior Chief William ‘Ryan’ Owens,” Trump said during his address. “Ryan died as he lived: a warrior and a hero, battling against terrorism and securing our nation.”

As President Trump spoke of Owens’ legacy, his wife received thunderous applause from those in attendance. Some of Trump’s greatest critics hailed Trump, claiming he finally had a “presidential” moment.

“But that was one of the most extraordinary moments you have ever seen in American politics, period. And he did something extraordinary,” Jones said after the speech. “And for people who have been hoping that he would become unifying, hoping that he might find some way to become presidential, they should be happy with that moment.” 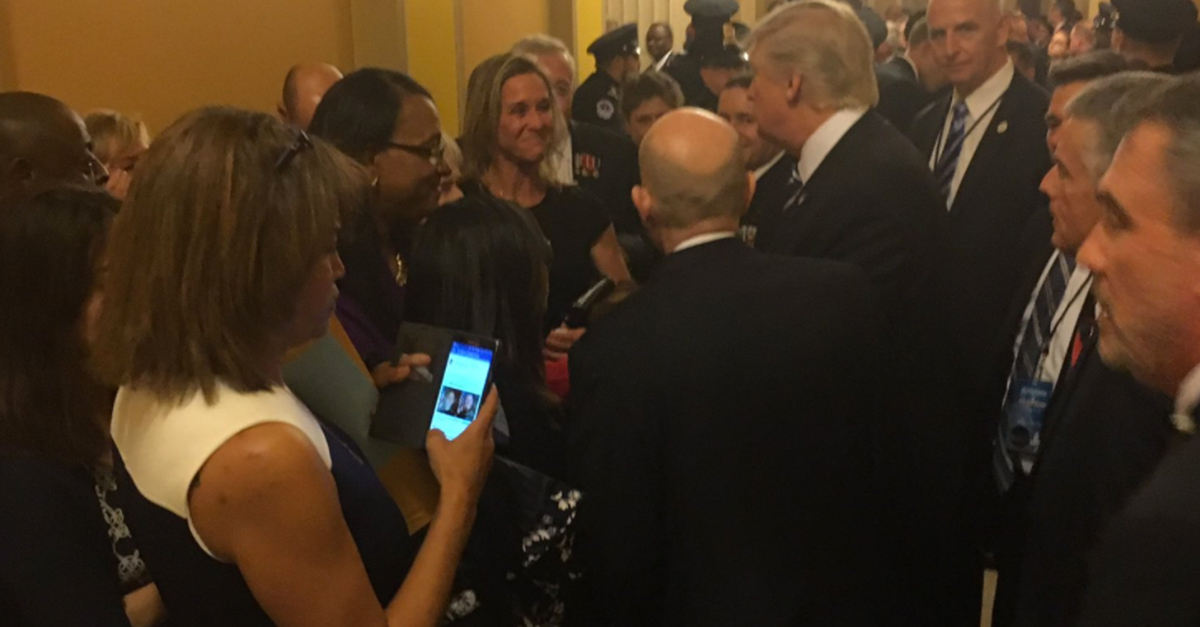