In a series of Monday morning tweets, President Donald Trump continued his critique of professional athletes who kneel when the national anthem is performed before sporting events. Trump had earlier criticized players in a speech on Friday and a series of statements over the weekend.

“So proud of NASCAR and its supporters and fans. They won’t put up with disrespecting our Country or our Flag – they said it loud and clear!” President Trump wrote.

“Many people booed the players who kneeled yesterday (which was a small percentage of total). These are fans who demand respect for our Flag!” he added.

Trump later suggested that players that kneeling before an anthem is no longer a protest about race relations.

“The issue of kneeling has nothing to do with race. It is about respect for our Country, Flag and National Anthem. NFL must respect this!”

On Sunday afternoon, Trump retweeted an image that called for a boycott of the NFL.

An estimated 200 players participated in some form of protest during Sunday’s football games.

RELATED: One of Trump’s biggest NFL supporters says he’s “pissed off” in a huge way</strong 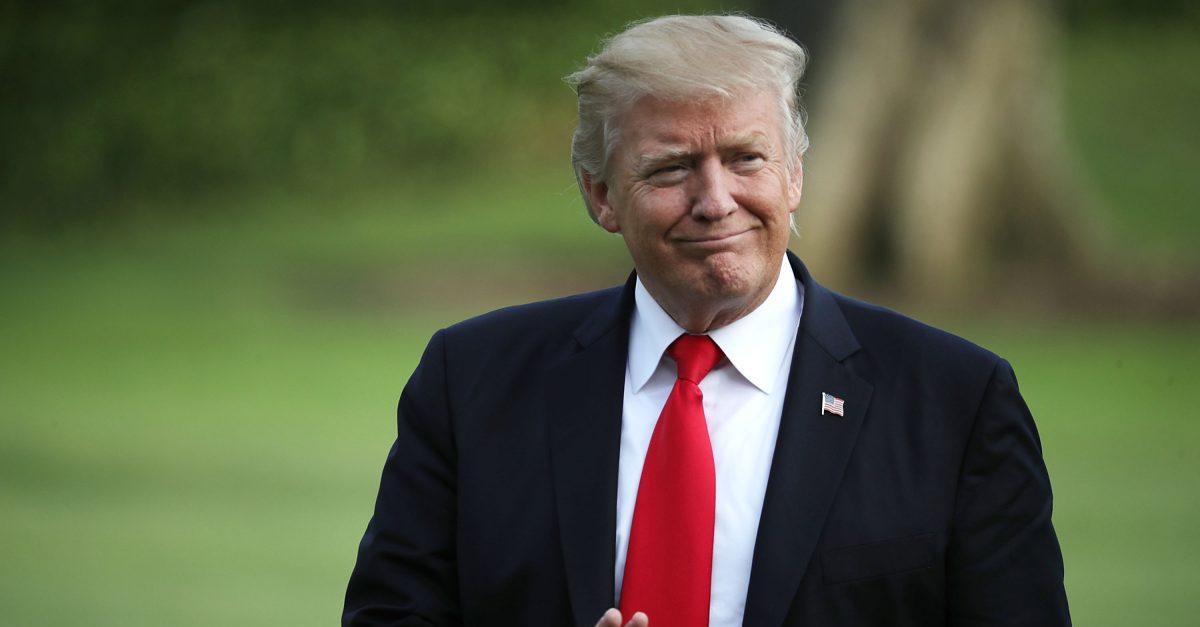