Menu
Follow us
Search
Menu
Search
A farmer stands in his field of "Bhut jolokia," or "ghost chili" peppers at Changpool in the northeastern Indian state of Assam, Wednesday, July 4, 2007. Bhut jolokia, a thumb-sized chili pepper with frightening potency, was recently rated the spiciest chili in the world by Guinness World Records. It is widely eaten as a spice, a cure for stomach troubles and, seemingly paradoxically, a way to fight the crippling summer heat too. (AP Photo/Manish Swarup)

An American man had some bad luck after participating in an eating competition with one very dangerous component: ghost chili peppers, or bhut jolokia.

The man began to vomit rather violently after eating a hamburger with ghost chili pepper puree. He suffered from severe abdominal pain, leading to his admittance at a local hospital. Doctors found a hole in his esophagus that was 2.5-centimeters, which necessitated emergency surgery and 23 days in the hospital.

RELATED: This Indiana county treasurer candidate declares she meets the bare minimum qualifications for the job in blunt billboard ad

Though doctors initially thought that the man was reacting to a gluttonous meal, the hole in the man’s esophagus allowed them to conclude that it was another source. People who suffering from a such a rupturing of the esophagus, known as Boerhaave syndrome, are in danger of death or other complications.

The ghost chili pepper was thought to be the hottest chili in the world at 1,000,000 Scoville heat units (SHU). It was surpassed by the Carolina Reaper pepper in 2013. 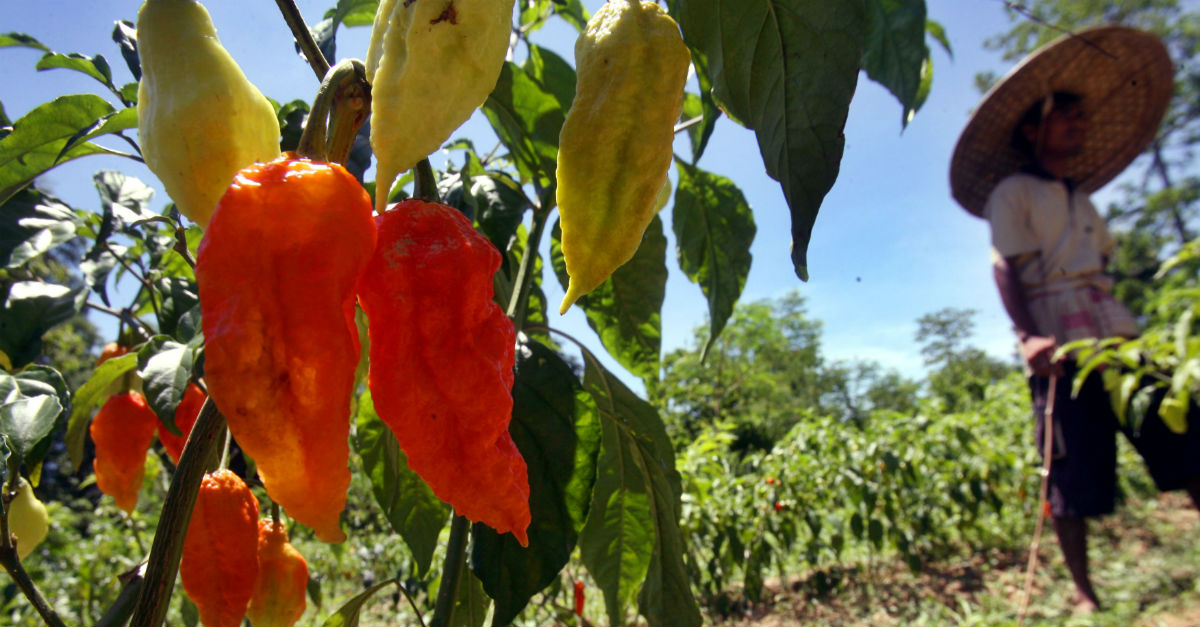