After the Douglas High School shooting, one man made sure his AR could never kill 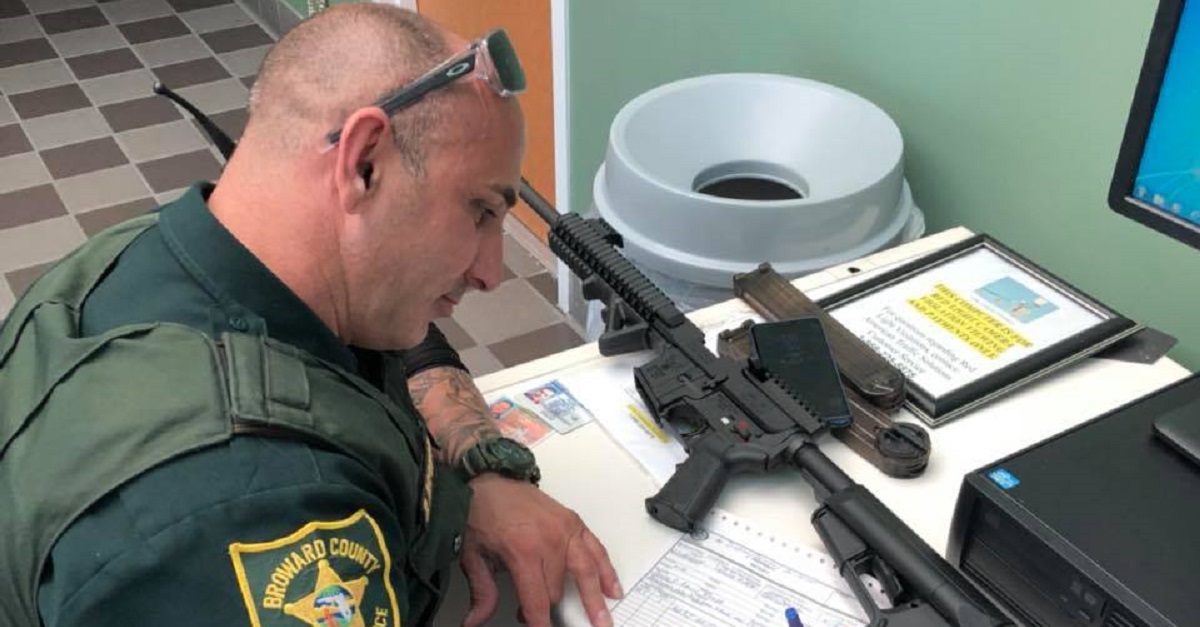 A Florida gun owner has decided to forfeit his AR-57 rifle in the wake of the mass shooting at Marjory Stoneman Douglas High School in Parkland, Florida last week.

Ben Dickmann, who identifies himself as a “responsible, highly trained gun owner” in a now-viral Facebook post, turned in his rifle to the Broward County Sheriff’s Office on Friday, February 16th. He says the destruction, not resale, of the rifle was deliberate:

I could have easily sold this rifle, but no person needs this. I will be the change I want to see in this world. If our law makers will continue to close their eyes and open their wallets, I will lead by example.

RELATED: Suburban safety shattered: What my nephews learned in the face of evil

An AR-15 was used to kill 17 staff and students at Douglas High School last week; Dickmann turned in his AR-57, a variant based on the AR-15 platform and manufactured by 57Center. When assembled, the rifle — which has a 50-round magazine — fires a 5.7 x 28mm round, instead of the NATO standard 5.56 x 45mm round or any number of other caliber rounds available to AR-15 owners.

“I do not need this rifle,” he added, per USA Today. “No one without a law enforcement badge needs this rifle… I enjoyed shooting this rifle immensely but I don?t need it, I have other types I can shoot for the same enjoyment.”

His post has been shared hundreds of thousands of times. Dickmann told NPR that he had no idea that his idea would get this kind of attention. In an interview with NPR, he said he “totally didn’t expect for this to go the way it did and as fast as it did.” After over 600 people were shot–and over 50 killed– in Las Vegas last fall, Dickmann says he started “thinking long and hard about it.”

He said a sarcastic challenge from a “conservative” friend to turn the rifle in prompted him to actually do it.

It’ll take many more like Dickmann to hand over their weapons to even make a dent in AR-platform rifle ownership across the nation. In 2013, it was estimated that there were between five and nine million AR-platform rifles in circulation.