Walmart is making a huge merchandising decision after a complaint from the National Fraternal Order of Police (FOP), the largest police union in America.

Union president Chuck Canterbury sent a letter to Walmart CEO C. Douglas McMillon on Tuesday asking him to rethink his decision to sell a shirt and hoodie with the words “BULLETPROOF” and “Black Lives Matter” underneath. The union accused the retail chain of “profiting from racism.”

Canterbury called the design was “offensive” in his letter. “I am concerned that allowing these articles to be sold in this way will damage your company’s good name amongst FOP members and other active and retired law enforcement officers,” he wrote. “Commercializing our differences will not help our local police and communities to build greater trust and respect for one another.”

Walmart complied with the request, announcing later that day that the design would be pulled:

Like other online retailers, we have a marketplace with millions of items offered by third parties that includes Blue Lives Matter, Black Lives Matter and All Lives Matter merchandise. After hearing concerns from customers, we are removing the specific item with the “bulletproof” reference.

The shirt was sold online through third-party vendor Old Glory Merchandise. Consumers who go to the hoodie or shirt’s link will now only see a message that says “Sorry…We’re having technical difficulties and are looking into the problem now.”

Walmart has not alluded to any plans for the rest of its “Black Lives Matter” merchandise. 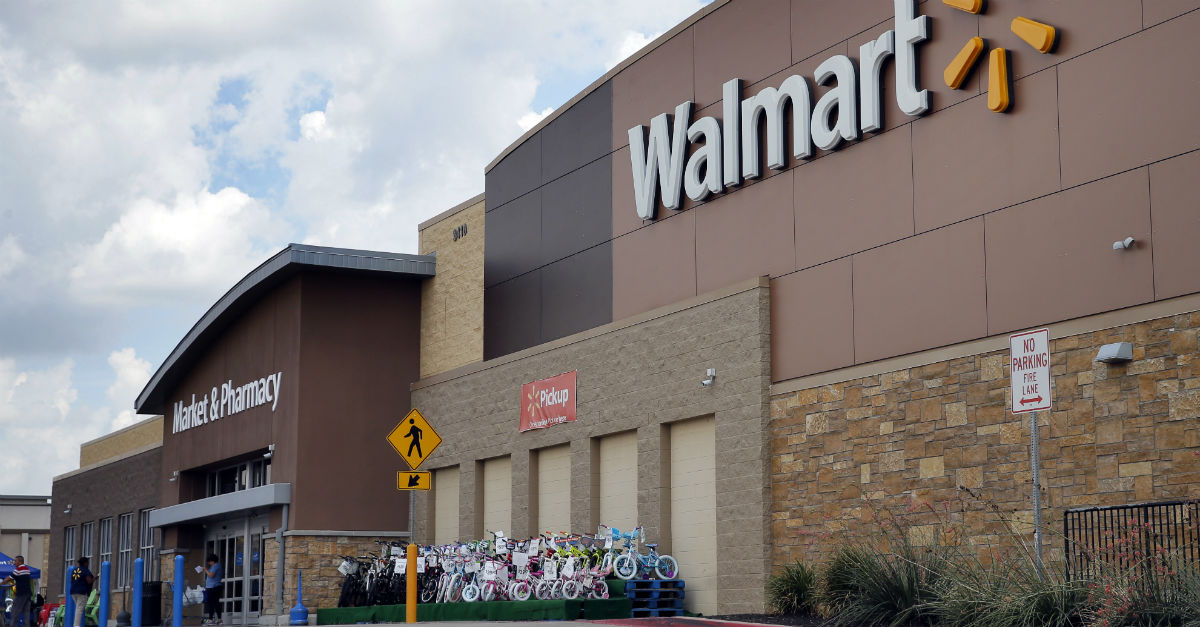