Baby Ma’Yavi Parham was two months old when she began to choke in her parents home. Parham’s parents tried to do CPR, but they could not get cereal out of her throat.

Placing her on her back, Knox did reverse CPR, successfully sucking the cereal of her throat. Knox shared his heroic story on Facebook:

RELATED: These girls tragically lost their officer dad in the line of duty, so his coworkers stepped in for their homecoming dance

The event was emotional for Knox, who is also running for Meriwether County Sheriff in November. He explained the incident as the “greatest and most profound accomplishment” of his 25 years of being a police officer. After hearing the child’s cries once she started breathing again, Knox said that he would be forever “humbled and changed.” He was still emotional when he visited the family the next day.

“People want to know what it feels like to live without hate, with pure love and not think about race, just look at that baby’s face. That’s what I feel like when I see her face. It’s just pure love,” he said.

“I don’t how much to thank you for saving my daughter’s life. You are truly our hero,” wrote Ma’Yavi’s mother. She thanked God for Knox and prayed for him.

RELATED: The family that went viral for their pregnancy announcement has some great news about their preemie son

Some weeks following, Knox took to his Facebook to share more good news. He was going to be the godfather!

Baby Ma’Yavi’s parents extended the offer and he accepted. He said that it was his “honor, privilege and pleasure,” promising to be there for her on her first day of school and when she graduated college. 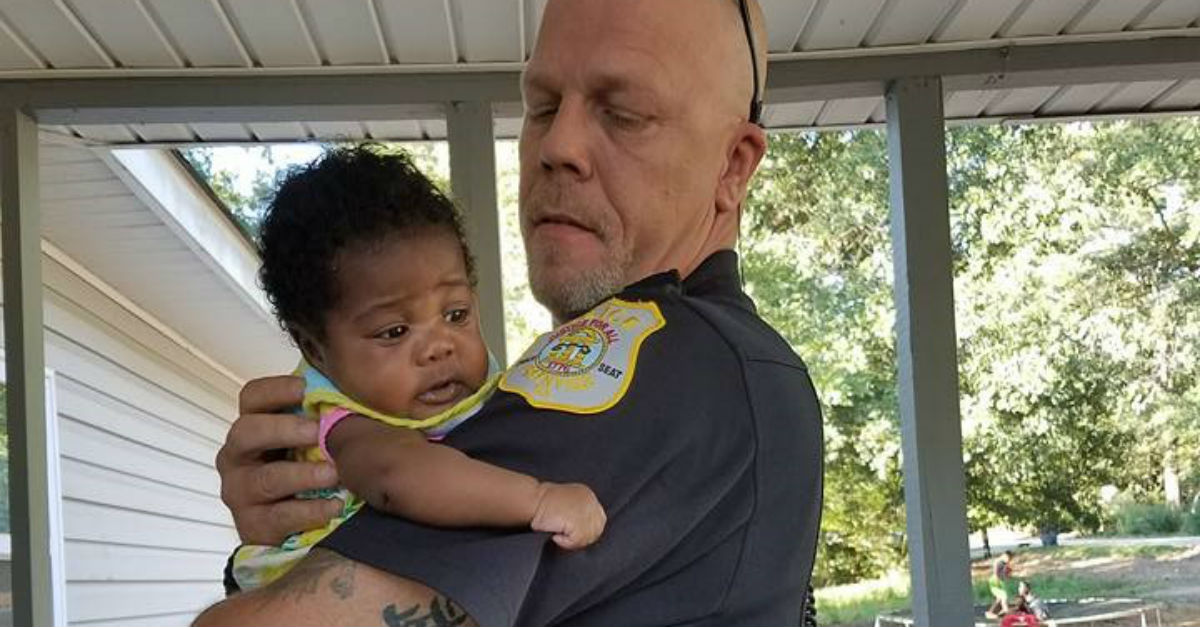