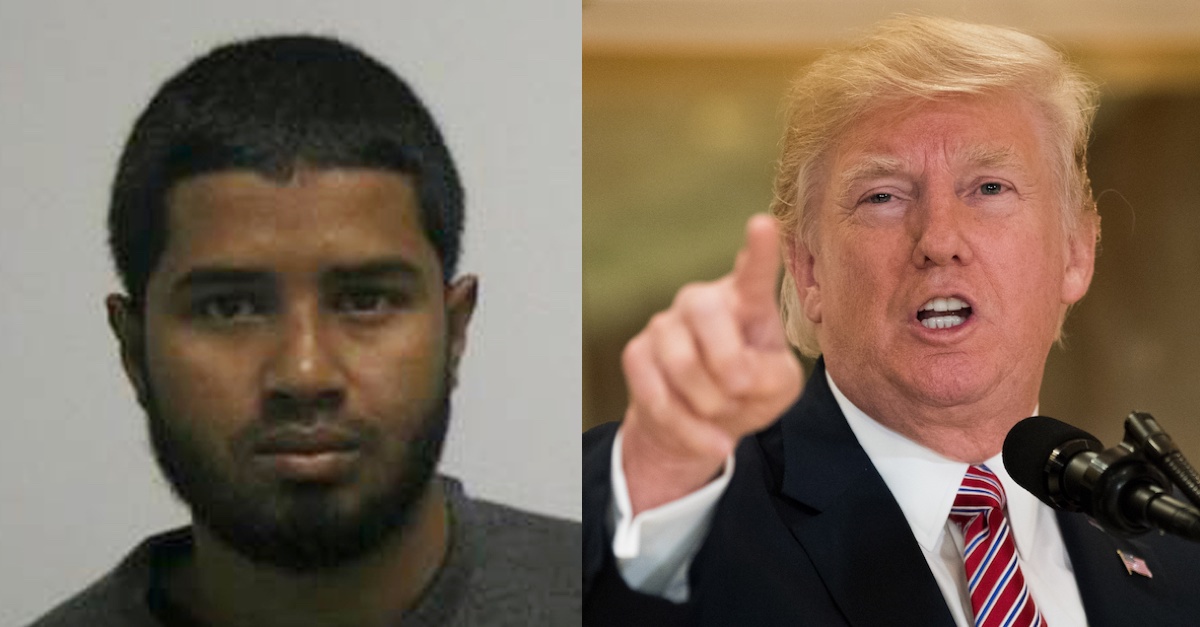 The man accused of launching a failed ISIS-inspired terror attack in New York City, Akayed Ullah, took to Facebook to taunt President Donald Trump on Monday, per a criminal complaint reported by The Daily Beast.

?Trump you failed to protect your nation,? the 27-year-old Ullah wrote, according to the complaint, before attempting to carry out the attack.

Ullah, who lived in Brooklyn and is said to have lived in the United States for seven years, walked through the Port Authority station with wires attached to him and a 5-inch metal pipe bomb and battery pack strapped to his midsection, on the right side of his jacket.

Surveillance cameras captured Ullah walking casually through the crowded passageway when the bomb suddenly went off at 7:20 a.m. amid a plume of white smoke, which cleared to show the man sprawled on the ground and commuters fleeing in terror. Investigators said it was not clear if the bomb was set off intentionally or went off prematurely.

RELATED: Roy Moore continued a “sassy” tradition that raised a lot of eyebrows at the polls

Officers Jack Collins, Sean Gallagher, Drew Preston and Anthony Manferdini were on the scene and took down Ullah swiftly.

Later Monday, Albert Fox Cahn, the Legal Director for the New York Chapter of the Council for Islamic Relations, released a statement critical of investigation tactics involved with interviewing.

?We are heartbroken by the violence that was targeted at our city today and by the allegations being made against a member of our family. But we?re also outraged by the behavior of the law enforcement officials who held children as small as 4 years old out in the cold and who pulled a teenager out of high school classes to interrogate him without lawyer, without his parents,? the statement said.

It is unclear if the 4 year old and the teenager were related to the suspect, according to the New York Post. The family continued to be critical of investigators, according to the Post, even though he tried to launch a terror attack in a crowded subway that could have resulted in mass murder.

Ullah is expected to be presented on five charges, including using a weapon of mass destruction and bombing a place of public use on Tuesday, per the report.