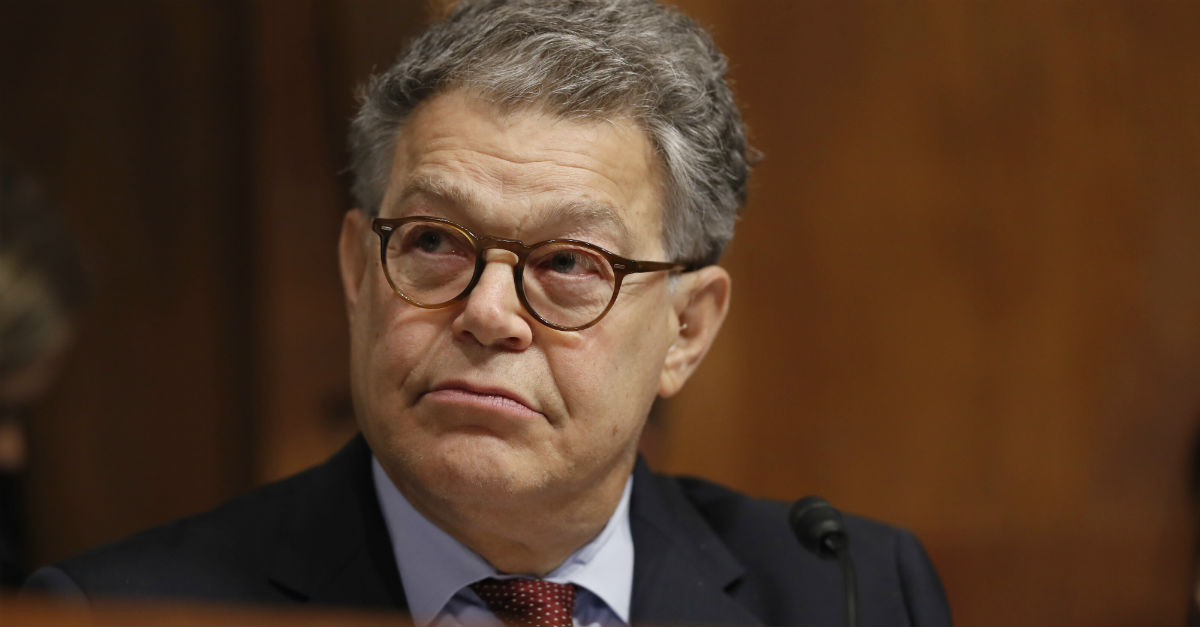 He made the announcement on Thursday, saying he would leave his position in the coming weeks.

His decision came after a number of his Democrat colleagues, beginning with several female senators, called on him to resign on Wednesday.

BREAKING: 6 Democratic senators have called on Sen. Franken to step aside:

Six Democratic women Senators call on Franken to step down in the wake of sexual harassment allegations pic.twitter.com/l0D5DmYwvt

Leeann Tweeden, a radio host and former model, was the first to accuse Franken of misconduct in a bombshell account. She said that he ?aggressively? stuck his tongue in her mouth after pressuring her to kiss him during a skit rehearsal and groped her breasts while they were both on a United Service Organizations tour in 2006.

A picture of him touching her was also shared with the account.

Franken issued an apology to Tweeden, to those on the tour with him and to his constituents.

Since that time, several other women came forward with allegations of inappropriate conduct.

Last week, Rep. John Conyers (D-Mich.) also announced his resignation when it was discovered that he allegedly paid at least one settlement to a former female employee after sexually harassing her at work.

“I was basically blackballed. There was nowhere I could go,? the victim told Buzzfeed News, who obtained documents that corroborated the story.

Matthew Peterson, the man who represented the complainant as a law clerk, called the process “a designed cover-up.”

Conyers, who was the longest-serving member of 114th U.S. Congress, was also accused of using congressional resources to charter various women, who one staffer believed were his mistresses, back and forth.

Rep. Jackie Speier (D-Calif.) dropped a bombshell revelation earlier in November when she revealed that there were some sitting members of Congress that had engaged in sexual harassment. She also explained that she was targeted by sexual misconduct when she worked as a Congressional aide.