Menu
Follow us
Search
Menu
Search
Al Sharpton and his daughter Dominique arrive at the Apollo Theater for the Spring 2010 Benefit Concert and Awards Ceremony, Monday, June 14, 2010, in New York. Aretha Franklin and Michael Jackson will be honored and inducted into the Apollo Legends Hall of Fame. (AP Photo/ Louis Lanzano)

Well Dominique Sharpton apparently misremembered the severity of her injury.

The New York Post reports that the 30-year-old admitted to changing into party clothes after the incident and dancing at a two hour gospel concert put on for her father’s 60th birthday.

RELATED: The latest “Al Sharpton vs. the Teleprompter” video will make your head explode

Sharpton said that donned a dress and “some shoes […] probably black, flat shoes” for the party. She went to the emergency room after the concert. In the same interview, she maintained that she could no longer “dive off a diving board, go skiing […] or go run marathons,” despite not being a runner.

“But if I, you know, if I needed to do it and exercising or something like that, I was capable of it. Now, I can’t.”

The hospital told Sharpton that she did not break her ankle.

After undergoing physical therapy, crutches, an injection for swelling in her ankle and even surgery for ligament tears, Sharpton proceeded to travel, dance in heels (she said that she “can only wear them for a short amount of time”), work out and hike a mountain in Bali, among several other taxing activities.

She tried to downplay her two-hour hike in Bali, saying she was helped by two people and “had to take a lot of breaks.”

“There were times I didn’t think I was going to make it.”

We can only hope that Sharpton gets better. 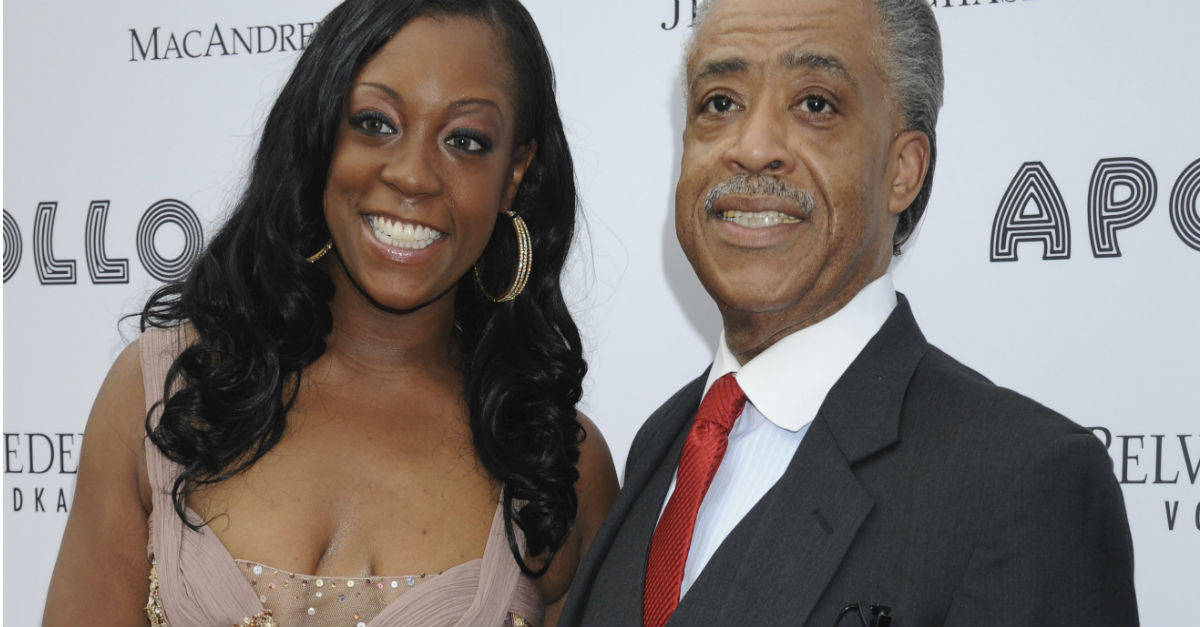