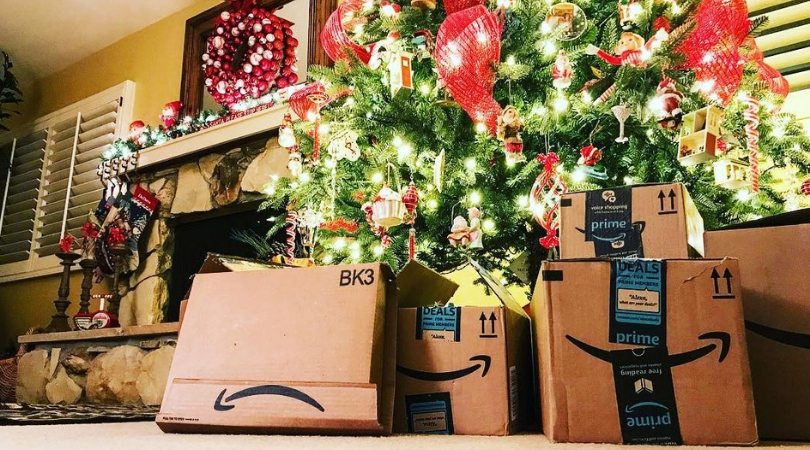 It looks like Amazon is feeling the Christmas spirit this year after the mega online retailer announced it will offer free shipping on all holiday orders. Yes, the company is doing away with the minimum purchase price even if you aren’t a Prime member! Amazon had previously set a threshold of $25 for orders to qualify for free shipping, but now the company is waiving the requirement with hundreds of millions of items becoming eligible for free shipping.

This is the first time free shipping has dropped to $25 from a high of $49. But don’t worry Prime members, those of you who already pay for the extra membership get an extra bonus! Prime members will receive an extra perk with more than 3 million items available for same day delivery during the holiday season! Those delivery men and women will stop at nothing. It seems like they will be the ones needing the milk and cookies this year!

The decision comes after Amazon’s recent earnings report showed that their revenue rose 29 percent to $56.58 billion, which surprisingly was below the $57.05 billion analysts expected. Sales were $43.7 billion in the previous year. The decision might also come from Amazon wanting to compete with big box stores that are also offering free shipping formation this holiday season.

Last month, Target announced it would be offering free two-day shipping to all customers until December 22 with no order minimum. Best Buy also jumped on the bandwagon removing its free-shipping threshold. It’s a war for online holiday shoppers indeed!

Ending in December, Amazon is expecting a revenue range of $65.5 billion to $73.87. Safe to say this new free shipping will boost the company up in no time, allowing customers to buy gifts even two days before Christmas!  Sales in November and December are expected to increase between 4.3 to 4.8 percent over 2017 from a total of 717.45 billion to $720.89 billion!

Sounds to me like the company knows exactly what’s it’s doing and isn’t afraid to please their customers once in a while. I mean think about it, it’s pretty convenient. Shopping done with a click of your finger is the smartest (and the most dangerous) thing one can do. But hey…welcome to the modern world, am I right?