American Airlines experiencing turbulence after a mom was allegedly hit by an attendant, and more 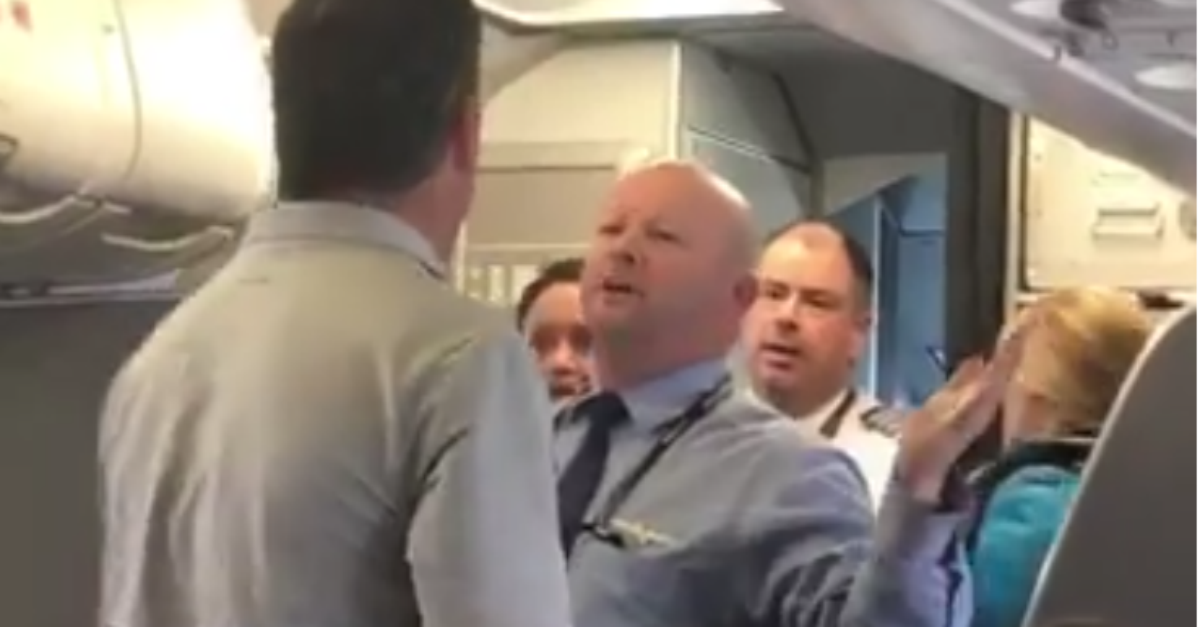 United Airlines’ stocks have still not rebounded from the viral video of a doctor being dragged off a flight. And, now, American Airlines may soon be feeling backlash after a video posted online shows an employee challenging a passenger to a fight as a flight from San Francisco is preparing to take off for Dallas.

RELATED: United Airlines faces more drama after a bride and groom were reportedly dragged off a flight by a U.S. Marshal

The video, which appeared on the internet Friday, begins with a crying woman holding a baby. Reportedly, moments before the camera started rolling, an American Airlines employee took the woman’s stroller and hit her with it.

Another passenger stands up and demands the name of the American Airlines employee, saying, “I want to know his name personally.”

RELATED: This singer is going after American Airlines and accusing them of “racial discrimination”

The situation escalates when a man in an American Airlines uniform boards the plane, and the passenger confronts him, saying, “You do that to me, and I’ll knock you flat.”

The employee responds, “Try it. Hit me, you don’t know what the story is.”

The clip, which was uploaded to Facebook, has been viewed over a million times. Surain Adyanthaya, who posted the video, wrote that the woman was escorted off the plane but that the employee was allowed back on.

We have seen the video and have already started an investigation to obtain the facts. What we see on this video does not reflect our values or how we care for our customers. We are deeply sorry for the pain we have caused this passenger and her family and to any other customers affected by the incident…the American team member has been removed from duty while we immediately investigate this incident.