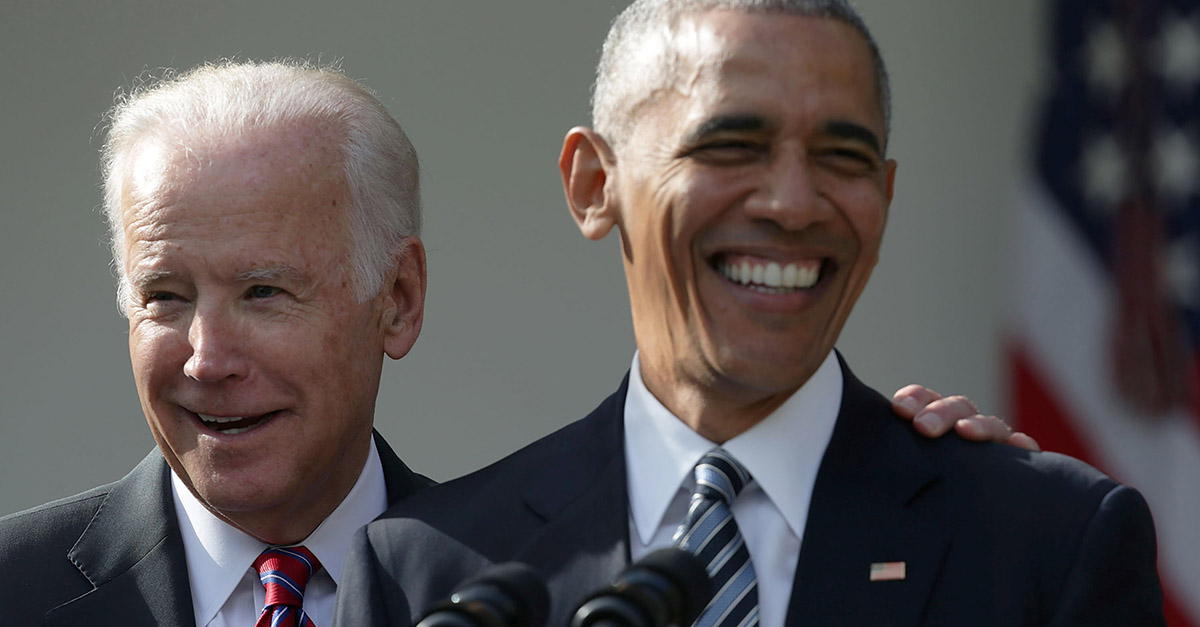 Alex Wong/Getty Images
WASHINGTON, DC - NOVEMBER 09: U.S. President Barack Obama and Vice President Joseph Biden share a moment during a statement about the election in the Rose Garden at the White House November 9, 2016 in Washington, DC. Republican presidential nominee Donald Trump has won the election and will become the 45th president of the United States. (Photo by Alex Wong/Getty Images)

As with presidents before him, President Obama’s Tuesday night farewell address was a goodbye to the United States he’s served for years as President. To a smaller crowd—Vice President Joe Biden, First Lady Michelle Obama, daughters Malia and Sasha, and others—it was a thank you, too.

Not every President would thank their Vice President in the same breath as their family. But the relationship between President Obama and Vice President Biden is a historically close one; they may be the first president and vice president to exchange friendship bracelets, for example.

“To Joe Biden, the scrappy kid from Scranton who became Delaware’s favorite son: you were the first choice I made as a nominee, and the best. Not just because you have been a great Vice President, but because in the bargain, I gained a brother. We love you and Jill like family, and your friendship has been one of the great joys of our life.”

And Biden responded in typical fashion, with a point and wink that’s become something of a trademark for him.

Tonight’s speech was lengthier than past presidential farewell addresses and loaded with calls for continued action and engagement by people of all political affiliations.

President Obama will hand over the White House to President Trump, who spent the night defending himself against a fresh round of allegations about his close ties to Russia, in less than two weeks.