Americans set a new record on Black Friday, and we definitely still love our 2nd Amendment 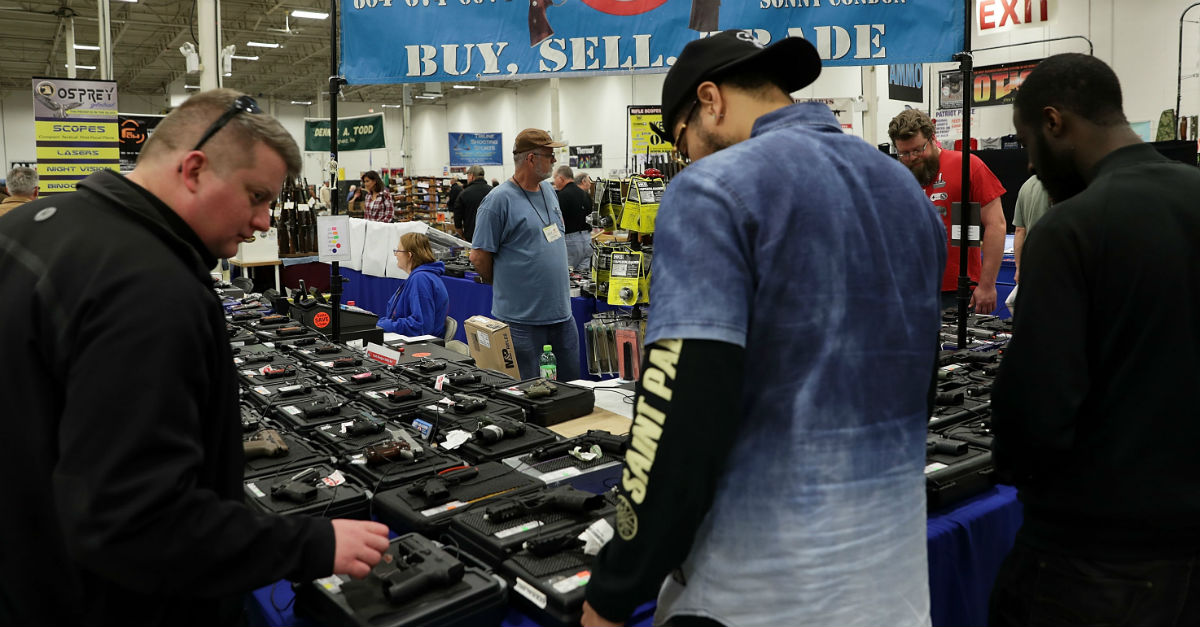 Alex Wong/Getty Images
CHANTILLY, VA - NOVEMBER 18: Potential buyers browse various guns which are displayed on an exhibitor's table during the Nation's Gun Show on November 18, 2016 at Dulles Expo Center in Chantilly, Virginia. The show is one of the largest in the area. (Photo by Alex Wong/Getty Images)

Many Americans helped set a new record after using their Black Friday to purchase something a little different from the usual electronics.

The FBI reported that they received 203,086 requests to conduct instant background checks for gun purchases, the highest amount ever received in one single day. The numbers last year were similarly high, with the FBI receiving 185,713 requests. This is also higher than the 185,345 requests in 2015.

Nearly half of the 10 highest days for requests occurred around the Thanksgiving holiday season, according to a study conducted by the agency.

Despite the new record, guns continue to face increased scrutiny following several mass shootings this year alone, including a shooting at a country music concert in Las Vegas in October that killed over 50 and a shooting at the First Baptist Church in Sutherland Springs, Texas that killed 26.

While criticism predictably arose from Hollywood and many in Washington, D.C., one publication’s breakdown of guns did not go over well with audiences.

In an effort to warn audiences about “AR-15 style rifles,” USA Today created a short video that showed various ways the gun could be modified.

A look at the gun used in the Texas church shooting. https://t.co/xdxIf5fR77 pic.twitter.com/sUY1mCCLZC

Despite one’s view of the debate over the gun, the list of potential modifications got a bit out of hand and the publication was quickly mocked for suggesting that a possible mass shooter would outfit the gun with a “chainsaw bayonet.”

Others decided to go a different route and doubled-down on their ownership in an attempt to ward off shooters.

Just after the shooting in Sutherland Springs, a church in Tampa Bay, Fla. posted a sign to let others know that they were armed.

RELATED: Joe Biden commented on the gun one man used to stop the Texas shooter, and it did not go well