One side spells “Unity,” using five hands to spell out the peaceful message in sign language. And the other side of this billboard in Phoenix, Ariz., is just the opposite.

Artist Karen Fiorito was commissioned by a Phoenix art gallery to create both sides of the billboard in January. The gallery asked for a billboard commenting on the Trump Administration, and Fiorito settled on this design, which she said she knew would “stir up a controversy,” according to The Arizona Republic. It went up at the end of last week.

The billboard, which towers over Phoenix at the intersections of Grand Avenue and Taylor Street, isn’t the artist’s first. Fiorito has created similar works attacking the Bush Administration.

“Billboards are perfect because you don’t have to go to a gallery to see it […] You’re reaching people you’d never reach with your artwork,” she says. “Reach” is one word for the effect of the billboard, which frames a photo of the President between two mushroom clouds and dollar signs formed into icons reminiscent of swastikas.

Fiorito says she’s stopped answering her phone, and that both her and her husband have received threats. She’s been threatened with gang rape and murder for making the billboard, and called a “communist,” a “Satan worshiper” and a “very, very sick person.'”

Why go through with it for all the harm she’s been threatened with? To Fiorino, it’s a duty. She tells The Arizona Republic the work is  “a form of resistance, a form of protest […] I feel that I’m really just speaking for other people who might not be able to say anything, or speak out, or may not feel safe in doing so. Part of it, the back of it, is a call to unity.” 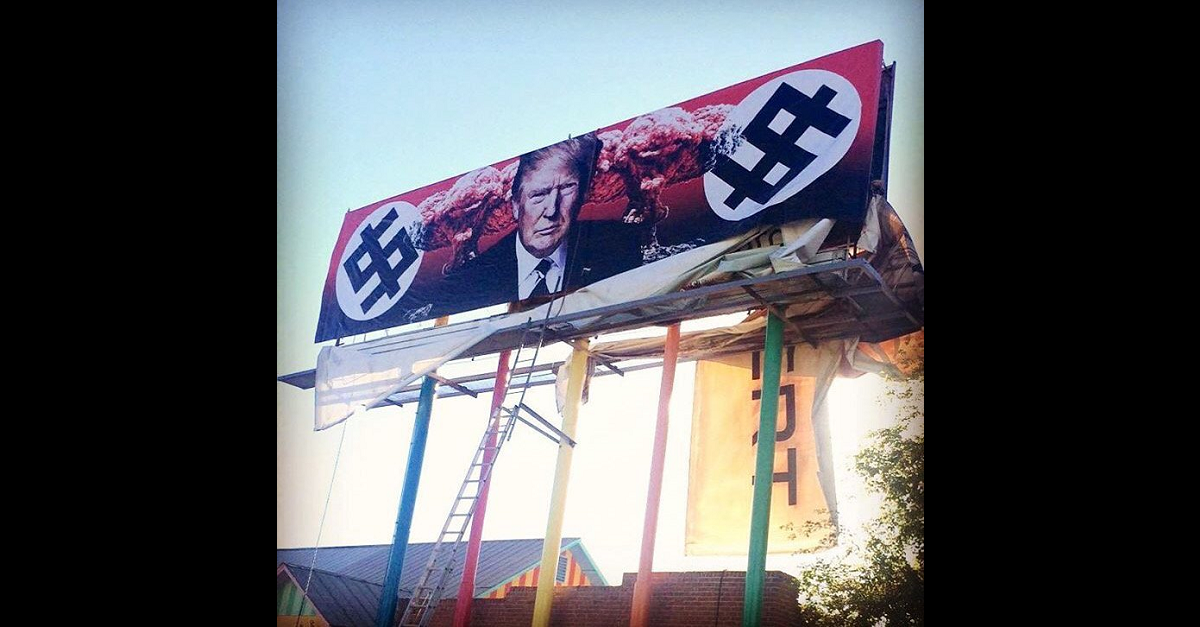