Indianapolis Metropolitan Police are searching for a woman who reportedly battered her own mother with a cheeseburger in the parking lot of an Indianapolis McDonald’s, specifically the location at 21st Street and Shadeland Avenue on the east side of the city.

The allegedly fight began when the 60 year-old victim, who has not been named by police, told her attacker that she could no longer live in her home, according to Indiana Metropolitan Police officer Aaron Hamer and the Indy Star.  The victim took her daughter to stay with someone else that night, but she changed her mind; Hamer told the Indy Star that the alleged attacker was arguing and shouting in the car on the way to where she would stay that night.

RELATED: So a man walks into a McDonalds with a knife in his back….

According to the victim, they stopped at a McDonalds to let others in the car use the bathroom. This is, presumably, when her daughter acquired the cheeseburger in question. Police have not clarified which specific McDonald’s cheeseburger became the weapon. Her mother told police that her daughter said she wished her mother would die. Hamer says things turned violent from there: “While her daughter was seated in the front passenger seat she took a bite out of her cheeseburger […] The victim stated her daughter yelled ‘B***h I outta kill you’ and hit her in the left side of her face with her hand and the cheeseburger.”

According to the police account, the daughter then fled in someone else’s car at the scene. Police have not indicated that she threatened that driver or took the car; they may have known each other.

Hamer says responding officers noted that the victim’s face was red and swollen, and she complained of pain on the left side of her face. There was ketchup and mustard on her clothing, as well as inside the vehicle. 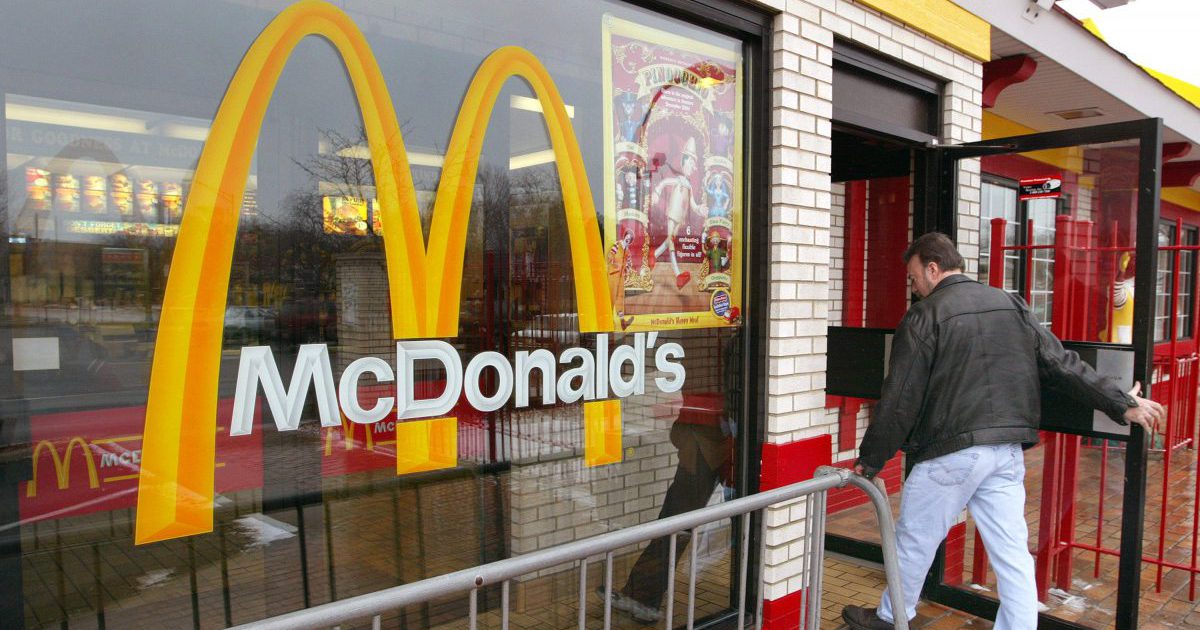