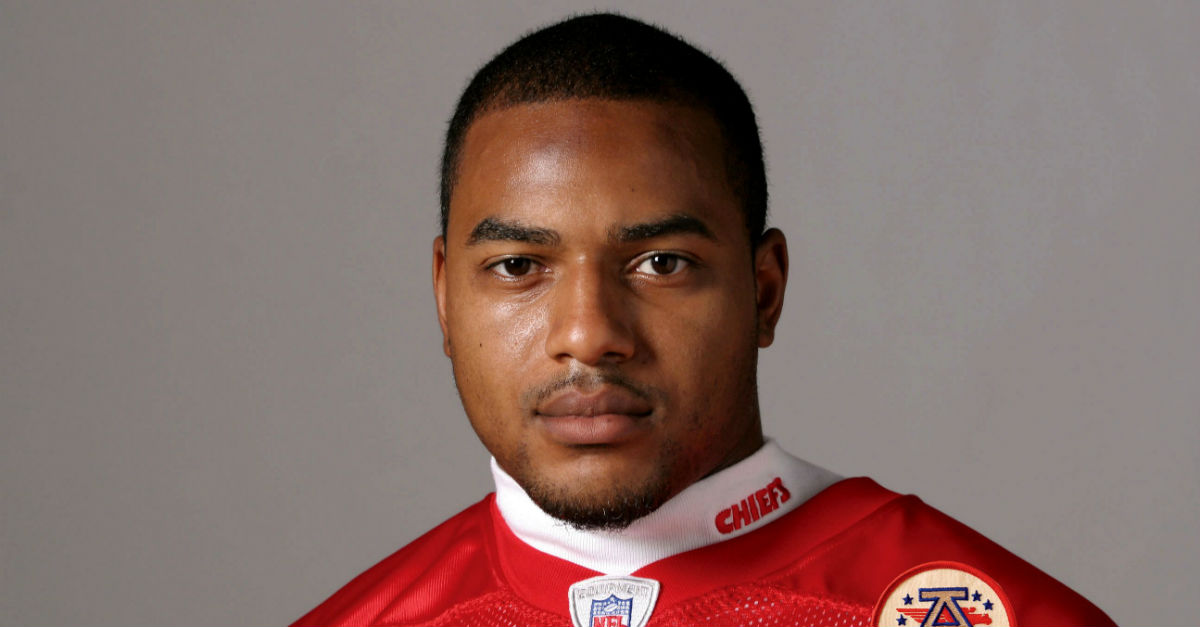 A former Kansas City Chiefs running back is speaking out as he believes himself to have chronic traumatic encephalopathy, or CTE.

Larry Johnson spoke with The Washington Post to discuss his memory loss and violent urges, two factors he contributes to his own potential case of CTE. He chronicled his history with violence, outbursts and getting into trouble. Johnson has noted memory loss and difficult emotions, something he’s working on for the sake of his young daughter, Jaylen.

“Do I think he’s a special breed? Yes … Do I think he might have CTE? I just can’t say,” said brother Tony Johnson. He indicated that the family would be accepting to donating Johnson’s brain to science when he passes. It’s a condition The Washington Post noted could only be diagnosed in death.

“I’m pretty sure that he definitely has something going on,” said one of his friends.

One of the worst recent cases of CTE was that of former New Englands Patriots tight end Aaron Hernandez.

Hernandez committed suicide in prison just days after he was convicted of a double murder committed in 2012. Boston University researchers studied his brain following his death and discovered an advanced case of CTE.

At the age of 27, Hernandez had stage 3 CTE, unheard of by someone under the age of 46. An audience of physicians and other professionals reportedly gasped in shock when Dr. Ann McKee, Director of Boston University’s CTE Center, presented the finds.

McKee added that Hernandez had a pre-existing risk for brain diseases.

“Whether or not that contributed in this case is speculative,” she clarified. “It may explain some of his susceptibility to this disease.”

“I could be Aaron Hernandez,” Johnson said cautiously.