A thin blue line has been painted along Maryland’s 65th street leading all the way to the Ocean City Police Department Headquarters. The line is intended to honor fallen police officers and to show support for law enforcement.

The line has faced push back from the Federal Highway Administration, which argues that it violates the Manual on Uniform Traffic Control Devices for Streets and Highways. The Manual states that the double yellow lines in the center of the road should have a discernible space between them and that the color blue is specifically designated for indicating handicapped parking spaces.

RELATED: A local police department shut down a school program following concerns of some students’ discomfort

“We appreciate and understand the efforts by local governments and others that convey support for law enforcement officers,” Neil Gaffney, a spokesman for the Federal Highway Administration, said in an email. “However, the yellow lines down the center of a road are meant to control traffic and modification of that marking could cause confusion, accidents and fatalities.”

Despite the warning, Ocean City Mayor Rick Meehan, who came up with the idea for the line, and the City Council unanimously passed the motion to paint the line back in December. Earlier this week, the city’s Public Works staff used a striping machine to paint the blue line quickly and inexpensively, as the only thing they needed to purchase was blue paint.

Congressman Andy Harris (R-MD) publicly stated his support for the line before it was painted, saying in a letter, “During these turbulent times, perhaps more than ever, it is imperative that we show support for our law enforcement officers Your initiative to paint this ‘thin blue line’ does just that.” 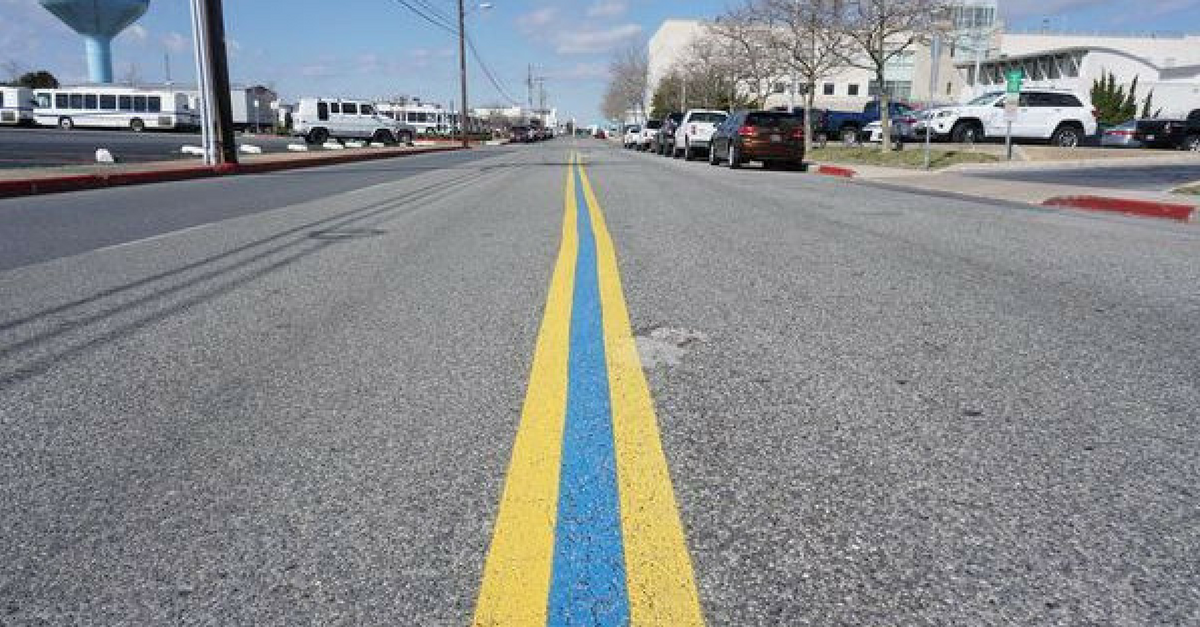