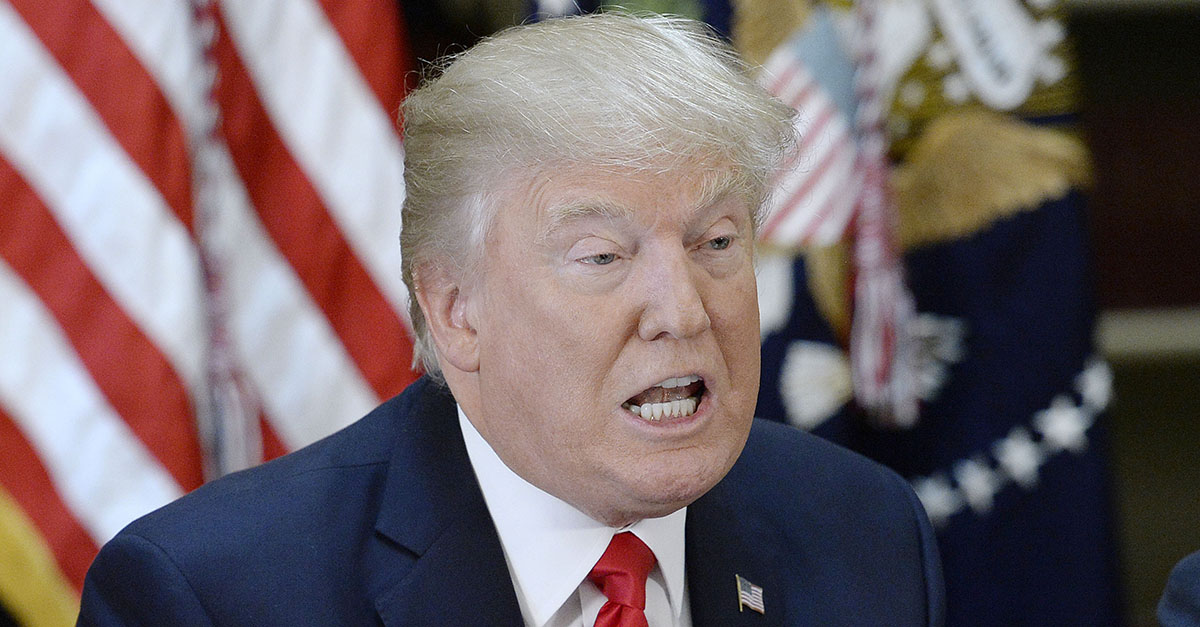 As with any president, many Americans would like to boot the current occupant from the White House. It seems that whichever party occupies 1600 Pennsylvania Avenue, the opposition believes that they have grounds for impeachment. It hardly ever turns out to be true.

But for one Oregon man, it appears that ousting Trump was his dying wish. Michael Garland Elliott’s obituary (1941-2017) is going viral because of the last few words his ex-wife said to him: “Donald Trump has been impeached.”

RELATED: An Oregon man had a brush with Lady Luck after finding a winning lotto ticket just before the expiration date

Mike ran out of family long ago and is survived by his ex-wife and best friend, Teresa Elliott. Though their marriage ran aground, their friendship only grew stronger and hers was the last voice Mike heard. And the last thing she said to him was ‘Donald Trump has been impeached.’ Upon hearing that he took his final, gentle breath, his earthly work concluded.

The obituary painted Elliot as a happy-go-lucky man, stating that when his health declined he was unable to play golf anymore. Yet Mike “accepted it with grace and humor, and threw things at the TV instead.” Though the Oregonian writes that Elliot was born in 1941, it mentions that Mike “honestly didn’t know” what year he was born.

The online guestbook has been flooded by supporters who wished they knew him. Steve Wilson from Florida wrote “I wish I had known you Michael. It would have been amazing to have been your friend. The ending to your story is a classic message of Hope. You are Hope. We love you.”