A 2-year-old boy discovered a loaded gun on the family’s kitchen table, and the father was arrested after the little boy fatally shot himself on Sunday.

Eric Javier Morales, 22, was booked into the Nueces County Jail in Corpus Christi, Texas, on Monday on a charge of criminally negligent homicide in the shooting death of his older son, Ryan Morales.

Morales was not home at the time of the shooting, according to Corpus Christi police officer Gena Pena. His fiancée, the boy’s mother, and the 1-year-old brother, were there. Police responded to the family’s home around 11 a.m. Sunday in response to a 911 call about a child who had been shot in the eye.

RELATED: A 21-year-old woman with her whole life ahead, was shot dead by a 12-year-old

Morales is being held on $50,000 bail. His son was rushed to Christus Spohn Hospital Memorial where he was pronounced dead a short time later. 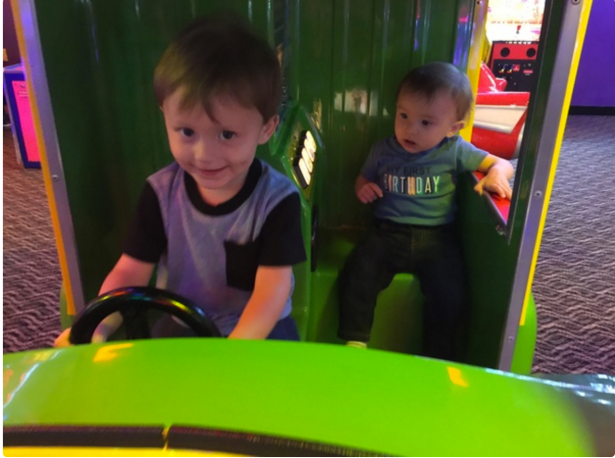 The Corpus Christi Caller-Times citing police, reported that Morales owned the gun that the toddler used to shoot himself. It was left on the kitchen table loaded and unsecured.

Morales and his fiancee have been together since 2013, according to her Facebook page, and had two children together.

Amanda Ramos, the boy’s aunt who set up a GoFundMe campaign, wrote on the page that Ryan was a happy, loving little boy who always had a smile on his face.

“Ryan was only 2 years old, but he had his mommy and daddy wrapped around his finger,” the fundraiser page reads. “Ryan pushed limits always climbing, jumping off things, he was so curious, loved to watch cars go ‘vroom vroom’ loved Paw Patrol, loved racing.”