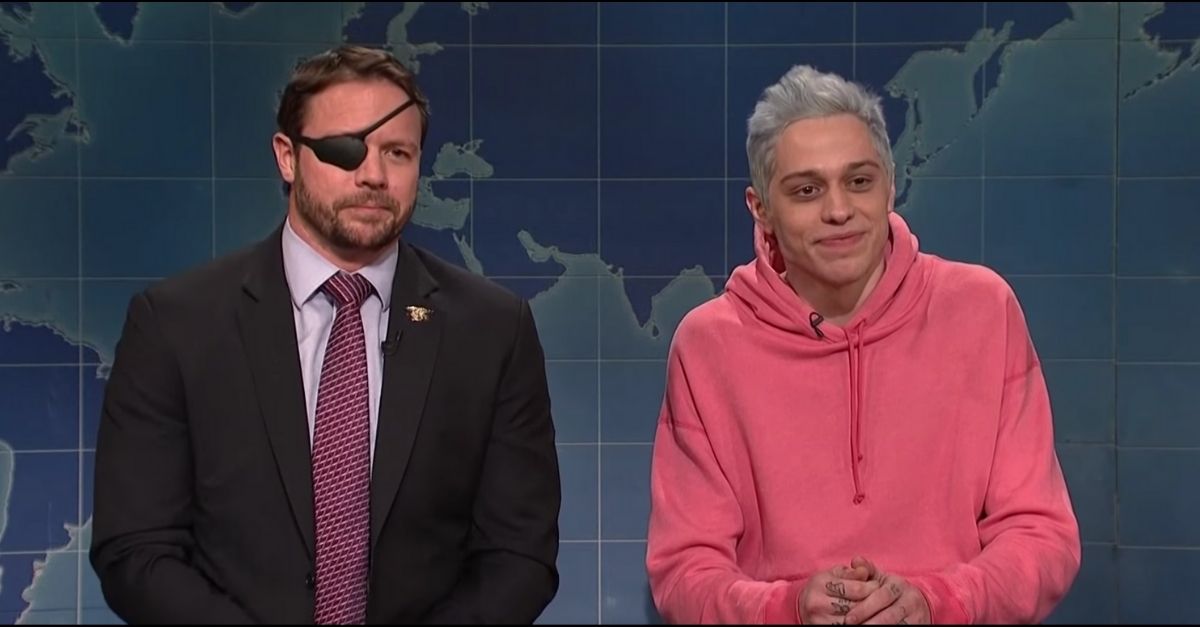 HOUSTON (AP) ? A Texas Republican congressional candidate has chided NBC’s Saturday Night Live cast member, comedian Pete Davidson, for poking fun at the eyepatch he wears because he was badly wounded during his third tour in Afghanistan as a former Navy SEAL.

Crenshaw, who was running against Democrat Todd Litton for an open suburban Houston district seat, replied in a tweet on Sunday, saying: “Good rule in life: I try hard not to offend; I try harder not to be offended. That being said, I hope @nbcsnl recognizes that vets don’t deserve to see their wounds used as punchlines for bad jokes.”

Good rule in life: I try hard not to offend; I try harder not to be offended. That being said, I hope @nbcsnl recognizes that vets don’t deserve to see their wounds used as punchlines for bad jokes.

The joke was so bad even the National Republican Congressional Committee also had a problem with the joke and fired back, “Getting dumped by your pop star girlfriend is no excuse for lashing out at a decorated war hero who lost his eye serving our country,” as NRCC spokesman Jack Pandol said referencing Davidson’s break up with pop singer Ariana Grande, “Pete Davidson and NBC should immediately apologize to Dan, and to the millions of veterans and military families who tune in every weekend — because they’re not laughing.”Donald Trump Jr., the President’s son, tweeted that the comment “sounds more like leftist editorial than anything these days.” Criticism of veterans injured in war has traditionally been off limits, and yeah, people should be forced to apologize for stuff like that.

President Trump was sharply criticized in 2015 for dismissively saying former Sen. John McCain was “not a war hero,” although McCain spent years as a prisoner in Vietnam.”I like people who weren’t captured, OK?” Trump said at the time. Stand-up SNL’ joke or not, it was definitely a poor choice of words from all these guys.

Luckily, Davidson has apologized for his “poor choice of words,” and Crenshaw definitely got some shots back in talking about how Davidson looks like if “meth from Breaking Bad was a person,” along with more hilarious jokes. Crenshaw finished up with a serious, but heartwarming monologue about war heroes and veterans, especially since Veterans Day was coming up that weekend.

And as we learned, never forget.

Editor’s note: This article was originally published on November 6, 2018.