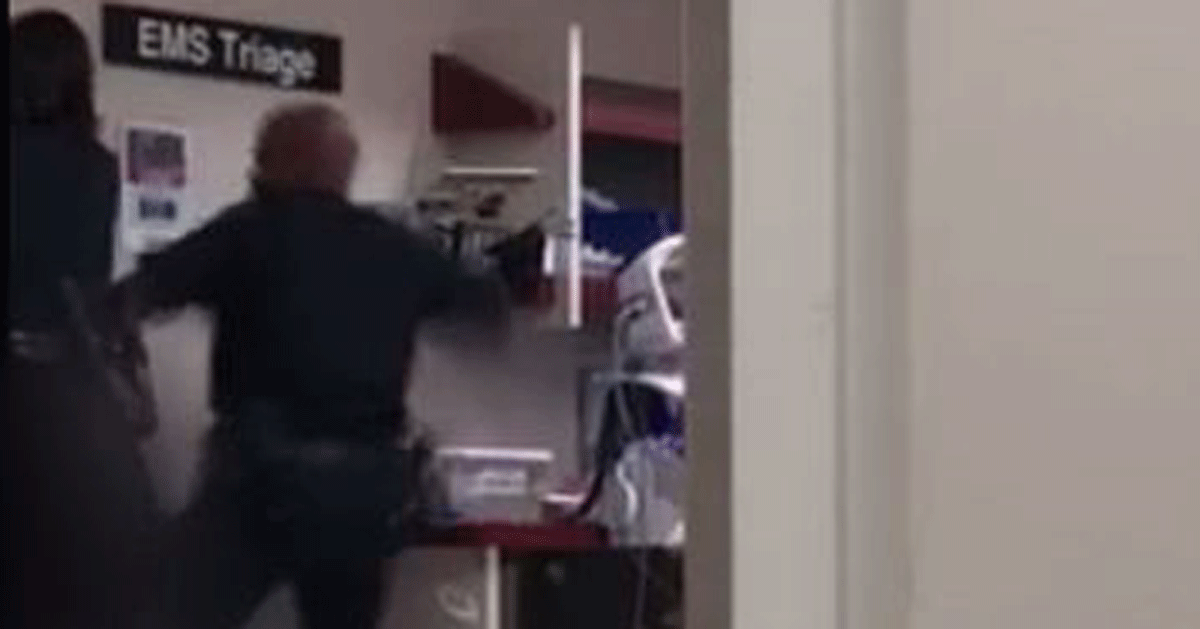 DETROIT (AP) ? A Detroit police officer has been suspended after cellphone video emerged showing him beating a naked, unarmed woman inside an emergency room triage unit as another officer and hospital security restrained her. The video posted on WJBK-TV’s website shows the male officer punching the woman about a dozen times on Wednesday at Detroit Receiving Hospital.

She can be heard shouting a threat at someone before being grabbed by one of the police officers and security staff. She then was punched by the male officer. Police Chief James Craig told reporters Thursday that the woman appeared to be suffering from some mental issue and had already spat on hospital workers and bitten a security worker before she tried to bite the officer who hit her.

The department has launched a criminal investigation. The woman and the officer who hit her are black.
___
This story has been corrected to reflect that the woman was restrained by one police officer and hospital security staff, not three police officers.