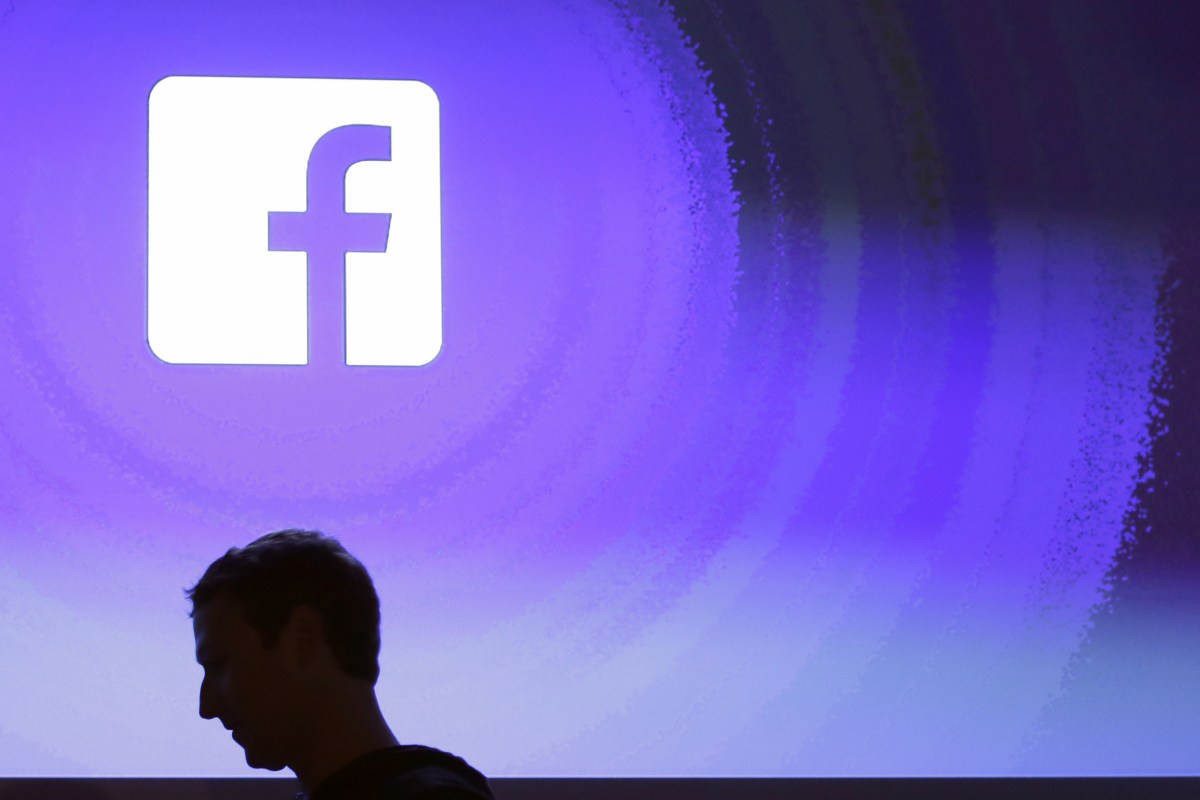 AP Photo/Marcio Jose Sanchez, File
File - In this April 4, 2013 file photo, Facebook CEO Mark Zuckerberg walks at the company's headquarters in Menlo Park, Calif. Facebook is having one of its worst weeks as a publicly traded company with a share sell-off continuing for a second day. Britain's Commissioner Elizabeth Denham told the BBC that she was investigating Facebook and has asked the company not to pursue its own audit of Cambridge Analytica's data use. Denham is also pursuing a warrant to search Cambridge Analytica's servers. (AP Photo/Marcio Jose Sanchez, File)

NEW YORK (AP) — Facebook says it recently discovered a security breach affecting nearly 50 million user accounts. In a blog post, the company says hackers exploited its “View As” feature, which lets people see what their profiles look like to someone else. Facebook says it has taken steps to fix the security problem and alerted law enforcement.

Here is the full text of the announcement, per the post:

On the afternoon of Tuesday, September 25, our engineering team discovered a security issue affecting almost 50 million accounts. We’re taking this incredibly seriously and wanted to let everyone know what’s happened and the immediate action we’ve taken to protect people’s security.

Our investigation is still in its early stages. But it’s clear that attackers exploited a vulnerability in Facebook’s code that impacted “View As”, a feature that lets people see what their own profile looks like to someone else. This allowed them to steal Facebook access tokens which they could then use to take over people’s accounts. Access tokens are the equivalent of digital keys that keep people logged in to Facebook so they don’t need to re-enter their password every time they use the app.

Here is the action we have already taken. First, we’ve fixed the vulnerability and informed law enforcement.

Second, we have reset the access tokens of the almost 50 million accounts we know were affected to protect their security. We’re also taking the precautionary step of resetting access tokens for another 40 million accounts that have been subject to a “View As” look-up in the last year. As a result, around 90 million people will now have to log back in to Facebook, or any of their apps that use Facebook Login. After they have logged back in, people will get a notification at the top of their News Feed explaining what happened.

Third, we’re temporarily turning off the “View As” feature while we conduct a thorough security review.

This attack exploited the complex interaction of multiple issues in our code. It stemmed from a change we made to our video uploading feature in July 2017, which impacted “View As.” The attackers not only needed to find this vulnerability and use it to get an access token, they then had to pivot from that account to others to steal more tokens.

Since we’ve only just started our investigation, we have yet to determine whether these accounts were misused or any information accessed. We also don’t know who’s behind these attacks or where they’re based. We’re working hard to better understand these details — and we will update this post when we have more information, or if the facts change. In addition, if we find more affected accounts, we will immediately reset their access tokens.

People’s privacy and security is incredibly important, and we’re sorry this happened. It’s why we’ve taken immediate action to secure these accounts and let users know what happened. There’s no need for anyone to change their passwords. But people who are having trouble logging back into Facebook — for example because they’ve forgotten their password — should visit our Help Center. And if anyone wants to take the precautionary action of logging out of Facebook, they should visit the “Security and Login” section in settings. It lists the places people are logged into Facebook with a one-click option to log out of them all.

To deal with the issue, Facebook reset some logins, so 90 million people have been logged out and will have to log in again. That includes anyone who has been subject to a “View As” lookup in the past year.

Facebook says it doesn’t know who’s behind the attacks or where they’re based. The hack is the latest security headache for Facebook, which has been dealing with political disinformation campaigns from Russia and elsewhere since 2016.

6 p.m. — Facebook says its automated systems incorrectly marked two news articles, one from The Associated Press and one from The Guardian, as spam on Friday. The articles were both about a security breach that compromised 50 million Facebook accounts.

Facebook briefly did not allow users to post the stories, although similar articles from The New York Times and others were postable. “We fixed the issue as soon as we were made aware of it,” Facebook says in a statement. “We apologize for the inconvenience.” Facebook uses a wide array of automated systems and human reviewers to flag questionable postings.

5 p.m. — Facebook briefly blocked people from posting articles by The Associated Press and The Guardian about its security breach, announced Friday, which affected 50 million accounts. When users tried to post the articles, a notice popped up saying the article had triggered a filter for likely spam.

“Our security systems have detected that a lot of people are posting the same content, which could mean that it’s spam,” the notice said. “Please try a different post.” Similar articles by The New York Times and other outlets were not blocked. Facebook did not respond to a request for comment.

2:15 p.m. — Facebook says it doesn’t know whether hackers had specific targets in exploiting security vulnerabilities to access some 50 million user accounts. Facebook executive Guy Rosen says the attack seems broad. He says Facebook doesn’t know who’s behind the attacks or where they’re based.

The company says hackers exploited its “View As” feature, which lets people see what their profiles look like to someone else. Rosen says the bug somehow allowed a video uploader to appear for sending happy birthday messages. Another bug then created a log-in key that made Facebook think the hacker had legitimately signed in with the account being viewed.
Facebook says the investigation is continuing.

2 p.m. – One security expert says the hacking attack on Facebook is serious — but only Facebook knows how serious.
Jake Williams, the president of Rendition Infosec, says the log-in keys that hackers got on some 50 million user accounts would likely allow hackers to view private information and post on other people’s behalf. He says access could also extend to other Facebook apps, such as Messenger.

He says the bigger concern is whether this could affect third-party applications since so many people let other sites log them in with their Facebook credentials. But he says the log-in keys, called access tokens, wouldn’t let hackers get the users’ actual passwords. Facebook is saying there’s no need for users to reset passwords. Facebook disclosed the breach Friday.

1:50 p.m. — Facebook is saying the security breach affecting 50 million user accounts required some sophistication. Facebook executive Guy Rosen says hackers exploited three distinct bugs to access the accounts. He says hackers needed to not only steal log-in keys but know how to use them.

Facebook says hackers got those keys, called access tokens, through Facebook’s “View As” feature, which lets people see what their profiles look like to someone else. These tokens keep people logged in so they don’t have to re-enter passwords each time. The company says it started investigating when it noticed increased user access to the service nearly two weeks ago. Facebook says the FBI has been notified in the U.S., as have Irish data protection officials for the European Union.

1:25 p.m. — Facebook CEO Mark Zuckerberg says the company doesn’t know yet whether hackers who had exploited a security vulnerability have misused any of the user account information. He says there’s no evidence yet that hackers used the vulnerability to see other people’s private messages or posts or to post on those accounts. But Facebook says the investigation is continuing.

Facebook says it recently discovered a security breach affecting nearly 50 million user accounts. In a blog post, the company says hackers exploited its “View As” feature, which lets people see what their profiles look like to someone else. Facebook says it has taken steps to fix the security problem and alerted law enforcement.