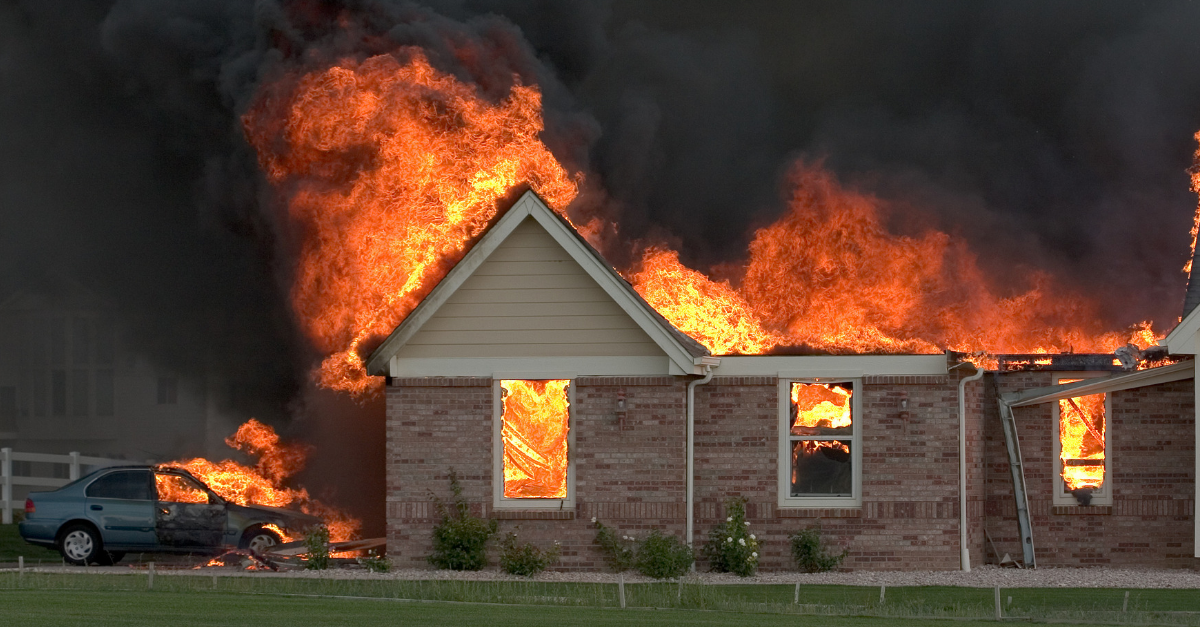 REPUBLIC, Mo. (AP) — A Missouri man has been charged with lighting his own home on fire, grabbing a rifle and waiting outside because he was upset that his ex-wife was dating a firefighter.

The Springfield News-Leader reports that 35-year-old Jason Hawkins, of Republican, pleaded not guilty Wednesday during his arraignment on charges of arson, unlawful use of a weapon and resisting arrest. His attorney didn’t return a phone message Friday from The Associated Press.

Charging documents say Hawkins admitted to setting the fire in July. The home was engulfed in flames when authorities responded. Hawkins is accused of initially ignoring commands to drop his rifle and then struggling with officers who tried to arrest him. He told police that his “business” was with the firefighter. He’s been jailed since then. Charges were refiled this week.