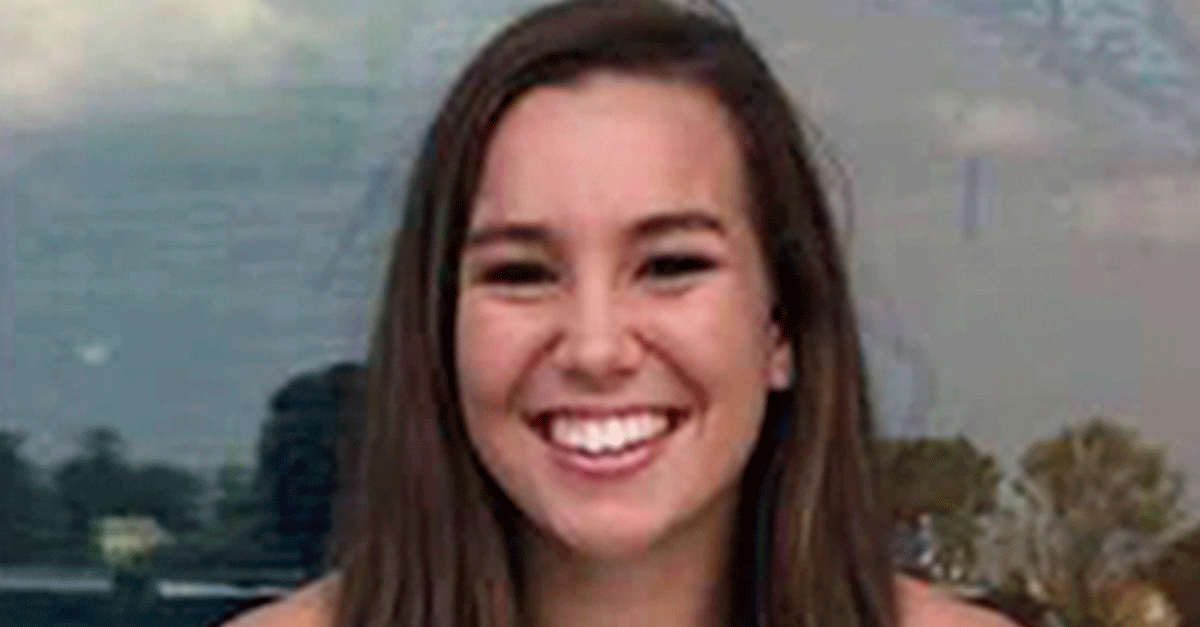 The father of slain Iowa college student Mollie Tibbetts has thanked the Hispanic community for its support during the long search for his daughter. A Mexican farmworker suspected of being in the U.S. illegally has been charged in Tibbetts’ death. Speaking Sunday at a ceremony for his daughter, Rob Tibbetts didn’t directly address comments by President Donald Trump and others who seized upon the suspect’s citizenship to argue for changes in U.S. immigration laws.

However, The Des Moines Register reports Tibbetts said that in the weeks he was searching for his daughter, he encountered Hispanics in Brooklyn, Iowa, who were sensitive and kind. He says members of the Hispanic community have “the same values as Iowans,” and that he considers them “Iowans with better food.”

The body of 20-year-old Mollie Tibbetts was found Aug. 21. Authorities believe she was abducted while out running July 18.

A brother of slain Iowa college student Mollie Tibbetts played through his grief and led his high school football team to victory in the season opener. The Des Moines Register reports that Scott Tibbetts threw for two touchdowns and ran for another as Brooklyn-Guernsey-Malcom High School beat Lisbon High 35-24 on Friday night in Lisbon. The win came less than 48 hours before a memorial service Sunday for his 20-year-old sister.

Authorities say a 24-year-old suspect, Cristhian Bahena Rivera, led investigators to her body in a cornfield last week about 12 miles (19 kilometers) southeast of her hometown of Brooklyn, Iowa. She had been missing since July 18.

Lisbon officials complied with their opponents’ wishes that there be no displays or tributes regarding Mollie Tibbetts. The visitors wore jerseys with a small honor: teal wings with the initials “MT” in a heart. The wings will remain there all season. Scott Tibbetts declined to comment after the game.

An immigrant charged in the fatal stabbing of an Iowa college student has hired new defense lawyers. Attorneys Chad and Jennifer Frese filed paperwork Sunday to represent Cristhian Bahena Rivera, who is accused in the killing of 20-year-old Mollie Tibbetts. They’re expected to replace attorney Allan Richards, who called President Trump “sad and sorry” for labeling his client guilty before trial.

Rivera, a dairy worker suspected of being in the U.S. illegally, was charged with murder last week. Richards says Rivera’s family hired him and that he hasn’t spoken with Rivera about being replaced. Richards says he understands if Rivera wants attorneys with more criminal trial experience. Jennifer Frese confirmed Monday that the two have been privately retained to represent Rivera.

The father of Mollie Tibbetts, whose body was found last week in a central Iowa cornfield, asked hundreds of mourners to remember the 20-year-old by “celebrating something wonderful” rather than focusing on how she died.

Tibbetts was memorialized Sunday afternoon at a ceremony in the gymnasium of Brooklyn-Guernsey-Malcom High School in her hometown of Brooklyn, Iowa. Rob Tibbetts urged congregants to remember his daughter’s passion for life and her desire to help others. To highlight his call to celebrate “wonderful” things, Tibbetts recognized a couple who had just married the day before during his eulogy.

Cristhian Bahena Rivera has been charged with first-degree murder in Tibbetts’ death. Authorities have said Tibbetts was abducted while running July 18. An autopsy shows she died from stab wounds.