A Year After Terror Attack, Police Out in Force for NYC Halloween 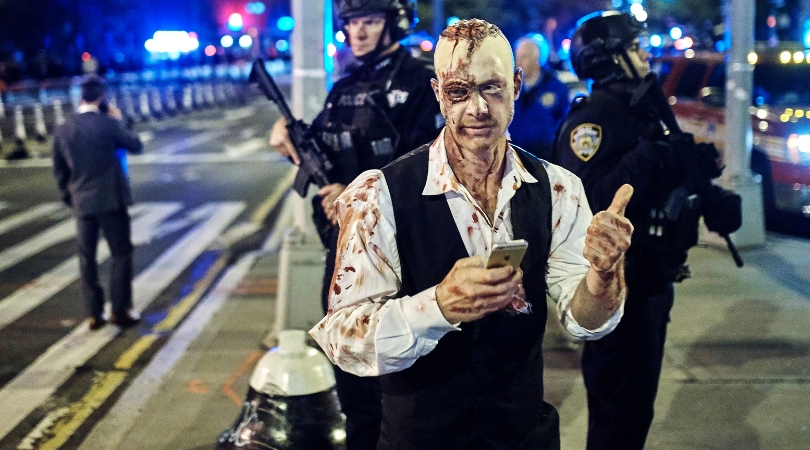 NEW YORK (AP) ? A jittery New York will celebrate Halloween on Wednesday and the city’s police department will be out in force as precaution, a year after the holiday was marred by a deadly truck attack.

Thousands of uniformed and plainclothes officers will be on hand for the city’s big Halloween parade in Greenwich Village, normally a crowded, jubilant affair in which both marchers and spectators come in costume. They’ll be joined by counterterrorism and crowd control units, rooftop observers, police dogs and helicopters.

Police Commissioner James O’Neill said police want to ensure New Yorkers can celebrate “in an atmosphere of community, peace and fun, and certainly not fear.” The city was just starting to gear up for its evening Halloween celebrations last year when a man driving a pickup truck mowed down pedestrians and cyclists on a busy bike path along the Hudson River, killing eight people and seriously injuring 11 others.

Among the dead were five Argentinian friends vacationing in New York, a Belgian tourist, a New Jersey man who worked at the World Trade Center and one New Yorker, a software engineer.

The truck’s driver, Sayfullo Saipov, was shot by police after crashing into a school bus and is awaiting trial on terrorism charges. Prosecutors are seeking the death penalty.

Wednesday’s Halloween parade is the city’s first large-scale public event since the back-to-back trauma last week of the discovery of a series of package bombs, mailed to prominent Democratic officials and CNN’s Manhattan headquarters, and a gunman’s slaughter of 11 people at a Pittsburgh synagogue on Saturday.

In recent days, police have responded to numerous false alarms involving suspicious packages and unattended bags, including scares outside Radio City Music Hall, at The New York Times and at the Time Warner Center, home to CNN’s New York offices.

O’Neill said Tuesday police knew of no specific, credible threats to the city, but revelers can come to expect the same type of security precautions that have become routine at other big events, like Sunday’s TCS New York City Marathon and the upcoming Macy’s Thanksgiving Parade.

Last year’s Halloween parade went on as scheduled after the attack, with marchers lining up just a few blocks from the bike path, but with increased security, including sand-filled trucks parked as protective barriers along the route to stop any speeding vehicles.

Over the past year, the miles-long Hudson River bike path that was the scene of the attack has been outfitted with temporary concrete barriers and permanent steel posts to block vehicles.

Watch: The 10 Best U.S. Cities to Take Care of Your Skin