Deadly Shooting at Pittsburgh Synagogue, Tree of Life: The Latest 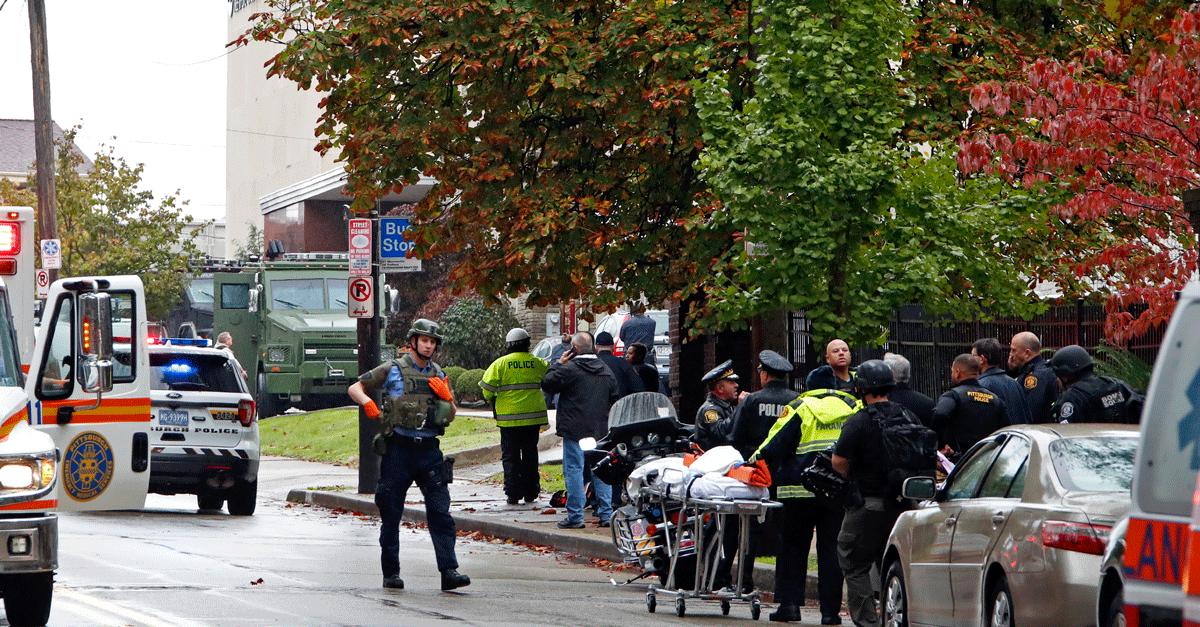 Israel is expressing its shock and concern and offering assistance to the local community following the shooting at the synagogue in Pittsburgh. Minister Naftali Bennett, Israel’s Cabinet minister for diaspora affairs, made the comments following a Saturday morning shooting that police say has left several people dead.

Bennet says he is “following the news with concern,” and has instructed Israel’s Ministry of Diaspora Affairs to prepare to assist the community in every possible way. He adds: “Our hearts go out to the families of those killed and injured. May the memory of the murdered be blessed.”

The University of Pittsburgh Medical Center system says it’s treating multiple victims from a shooting at a Pittsburgh synagogue. Paul Wood, the chief communications officer for the hospital system, said the patients are receiving care at UPMC Presbyterian, but he would not say how many. Pittsburgh police say a shooter is in custody after an attack at the Tree of Life synagogue that left multiple casualties, including several injured officers.

Pittsburgh’s sports teams, the Pittsburgh Steelers and Pittsburgh Penguins, are expressing their condolences for the deadly shooting at a synagogue in Pittsburgh. Authorities say the Saturday morning shooting caused “multiple casualties,” and a suspect is in custody.

The Pittsburgh Steelers and the Pittsburgh Penguins are saying in separate statements on their Twitter pages that their “thoughts and prayers” are with all those affected by the shooting.

A police spokesman says police have no more information at this time because they were still trying to clear the building and determine if any more threats exist.

Events in Pittsburgh are far more devastating than originally thought. Spoke with Mayor and Governor to inform them that the Federal Government has been, and will be, with them all the way. I will speak to the media shortly and make further statement at Future Farmers of America.

In a tweet Saturday, Trump encouraged people to shelter in place and says “looks like multiple fatalities.”

Trump ended the tweet by saying “God Bless All!” The shooting happened at the Tree of Life Synagogue in the city’s Squirrel Hill neighborhood.

Police are reporting a suspect is in custody after a shooting that caused “multiple casualties” at a Pittsburgh synagogue on Saturday. Three officers were also shot in the attack at the Tree of Life Synagogue in Pittsburgh’s Squirrel Hill neighborhood.

Police spokesman Chris Togneri says police have no more information at this time because they are still trying to clear the building and figure out if any more threats exist. The synagogue is located at the intersection of Wilkins and Shady avenues. The tree-lined residential neighborhood of Squirrel Hill, about 10 minutes from downtown Pittsburgh, is the hub of Pittsburgh’s Jewish community.

President Donald Trump says he’s been monitoring the shooting. In a tweet, Trump encouraged people to shelter in place and said “looks like multiple fatalities.”

Watch: Where Veterans Eat for Free on Veterans Day This Year