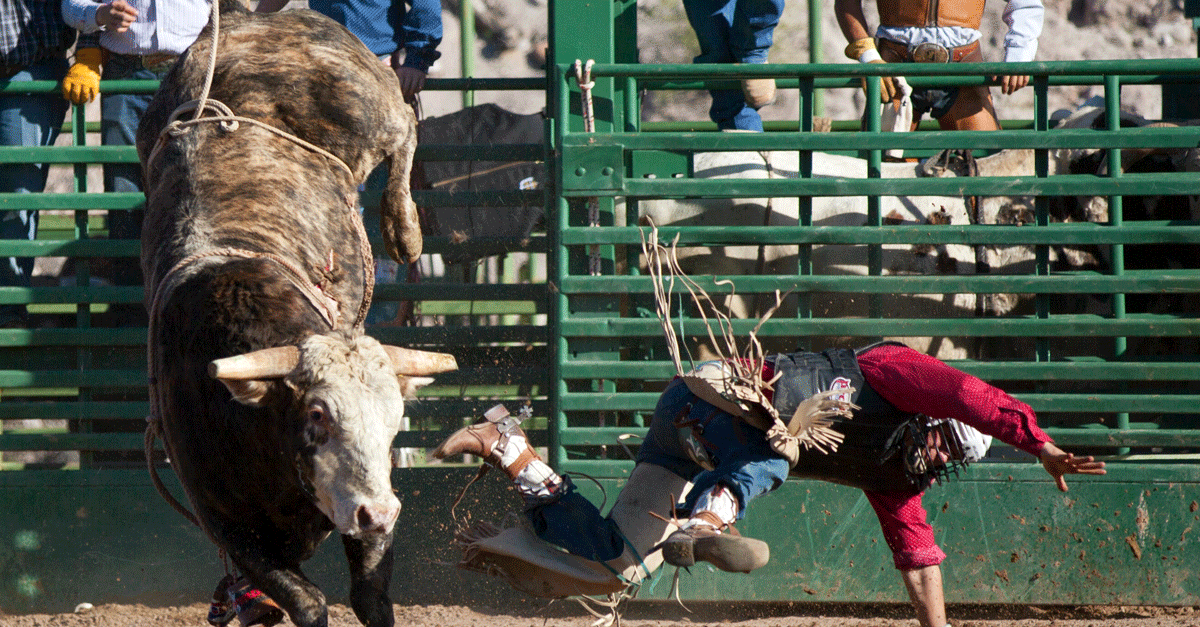 OKLAHOMA CITY (AP) ? A rodeo bull broke free from the Oklahoma City Stockyards late Monday, charging through city streets and chasing people, including one person who jumped into a river to escape the animal.

Oklahoma City police spokeswoman Megan Morgan says the animal managed to escape a pen at the stockyards then made its way downtown, nearing a hospital and bus station. Morgan says cowboys and police eventually corralled the bull but the animal collapsed and died after it was captured.

According to The Oklahoman, an Oklahoma City police report identifies a suspect as “Rodeo Bull,” standing 4 feet tall, with brown hair and black eyes, and weighing 2,000 pounds.

Here’s footage of the bull downtown.

😱 WOW! A rodeo bull escaped from the Stockyards Monday night and chased after people in downtown OKC. A KOCO 5 viewer shared this video, showing a cowboy and police vehicles chasing after the bull! https://t.co/2fxdBZ65qy pic.twitter.com/bOm8AwGMsL

Morgan says the bull chased several people but there were no serious injuries reported.

Watch: The Fort Worth Rodeo Is Unlike Anything Else