As Confederate monuments around the nation fall, one city pulled theirs down in the dead of night 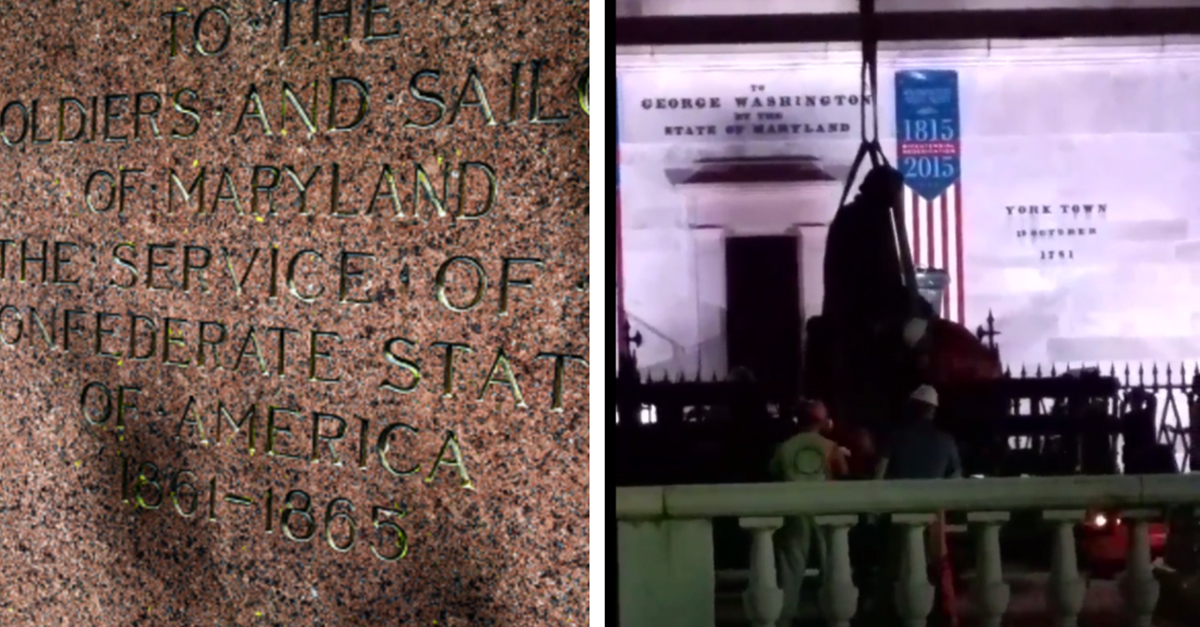 Less than one week after the planned removal of a statue of Robert E. Lee sparked two days of protests and violence in Charlottesville, Va., other Confederate monuments are disappearing across the U.S.

Witnessed a Confederate monument being taken down tonight. Ashamed that I didn't even know it was there. pic.twitter.com/WWNoYNl3Eu

A monument at the Hollywood Forever Cemetery in California that honors Confederate soldiers that died during the Civil War will also come down.

In North Carolina, a woman was arrested on Tuesday after she was caught on video aiding in the unsanctioned removal of a Confederate statue in Durham.

“Old Joe,” a much maligned Confederate statue in Florida, was returned to the local chapter of the United Daughters of the Confederacy. “Old Joe” was given to the city of Gainesville in 1904.

The removal of Confederate monuments has raised a debate about what parts of history are appropriate to honor. During a press conference on Wednesday, President Donald Trump chimed in on the issue, saying, “You’re changing history. You’re changing culture.”

Other monuments across the country are expected to be removed later this week.