In the last few years, videos that feature men and women committing acts of “stolen valor” have routinely gone viral.

Stolen valor is when someone pretends to be a veteran or active duty member of the Armed Forces in order to derive some sort of benefit that comes from wearing the uniform.

Since they have not earned the right to wear the uniform, those that have find no problem in confronting them about their lies.

RELATED: This veteran called out a student for stolen valor — but how the college responded will shock you

Sometimes these videos get funny, sometimes they get angry, but the latest viral video of such incident is somewhere closer to sad.

The video shows a woman making an attempt to get a loan from a recruiting office under the guise that she is a colonel in the United States Army and is at a pay grade of O6.

For whatever reason, she believes that a recruiting station functions like a bank and can just lend money to veterans.

Despite the fact that she isn’t wearing proper patches to denote rank and has taken off her boots in favor of some comfortable sneakers, the woman maintains that she is a colonel who has fallen down on her luck.

Those who have met active duty colonels will know that it is rare that they need to scrounge up money to buy a bus ticket.

“I wanted to come here to make a loan,” she tells the recruitment officer who videotapes her.

“You know you’re out of uniform, right?” the officer tells her. 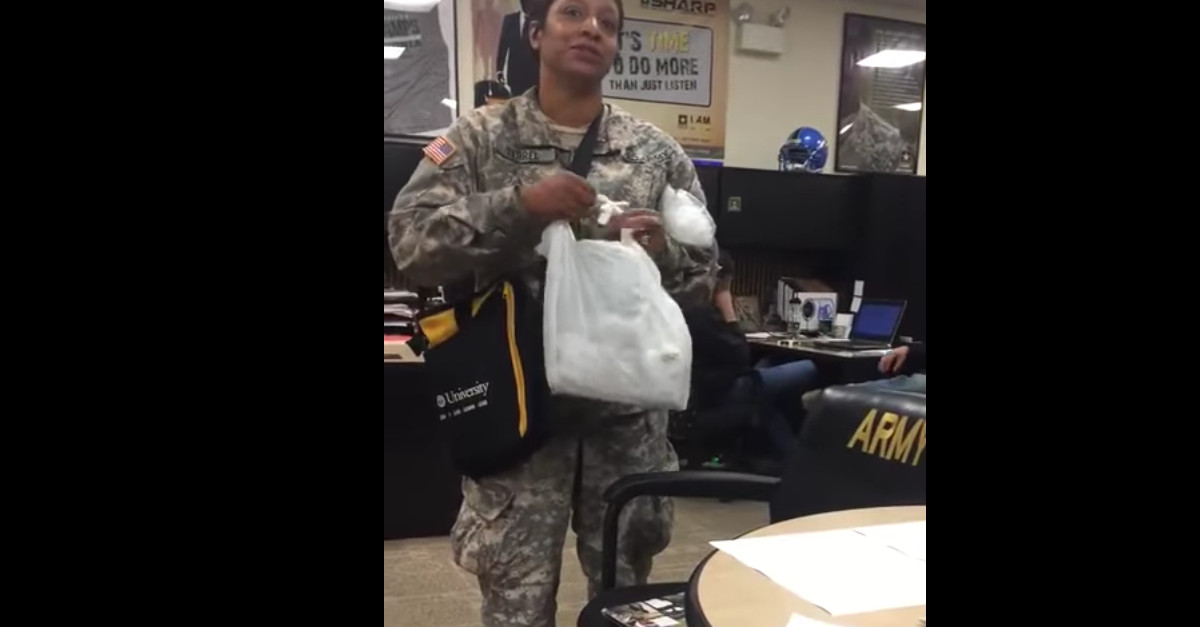