Ash from western wildfires is so bad, it’s being compared to an infamous volcanic eruption 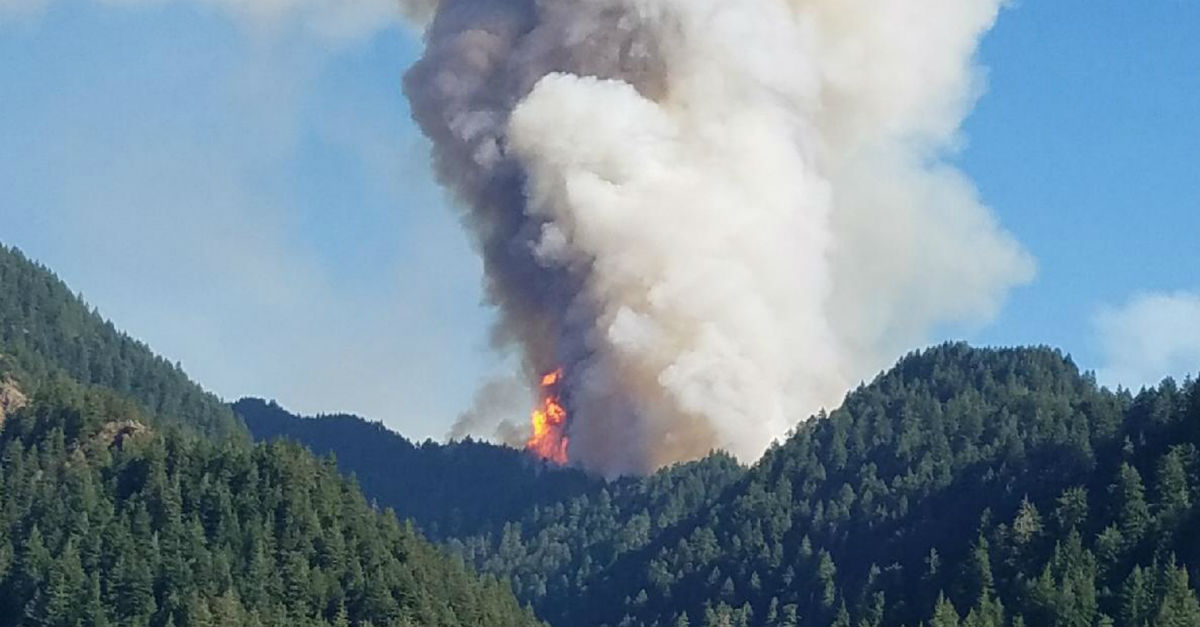 Inciweb via AP
In this Saturday, Sept. 2, 2017, photo provided by Inciweb, the Eagle Creek wildfire burns in the Columbia River Gorge east of Portland, Ore. A lengthy stretch of highway Interstate 84 remains closed Tuesday, Sept. 5, 2017, as crews battle the growing Eagle Creek wildfire that has also caused evacuations and sparked blazes across the Columbia River in Washington state. (Inciweb via AP)

The amount of ash that’s fallen from the wildfires ravaging the West earned comparisons to a notable weather event: the 1980 eruption of Mount St. Helens.

“It’s horribly smoky,” said Mountain Wave Search and Rescue president Russ Gubele while discussing efforts to save hikers from wildfires that broke out in mountains east of Portland. “Ash is coming down. It’s like a Mount Saint Helens eruption all over again.”

While Gubele is not alone in his comparison, it is noted that the ash from the wildfires is less of a harrowing experience. “While the wildfire ash is unsettling, it hardly compares to the amount that was dumped on the Pacific Northwest and beyond when Mount St. Helens erupted,” writes Grant Butler in the Oregonian. Butler explained that the ash in the eruption, which carried a cloud around the Earth for 15 days, was much heavier and grittier than that of the wildfire.

Massive wildfires covered parts of Oregon and Washington state, leading to rescues, evacuations, and even a firefighting detail made up of 200 active-duty soldiers. A wildfire in La Tuna Canyon, California marked the largest fire the city of Los Angeles has ever seen.

The resulting smoke and ash from the weekend were so intense that residents in metro Portland were placed under an air quality alert. Emergency dispatch in Seattle reported that a high volume of 911 calls directly related to ash in the area. Some have even compared the various scenes to snowfall.

This is noon today on SR 410 just below @CrystalMt as #WAFires continue to burn nearby. Smoke and ash blanket Western Wa. @KIRO7Seattle 5/6 pic.twitter.com/Vt680L8wox

Your photos of smoke and ash from the Eagle Creek fire https://t.co/i34PUE35Qh pic.twitter.com/OALFHEHRXY