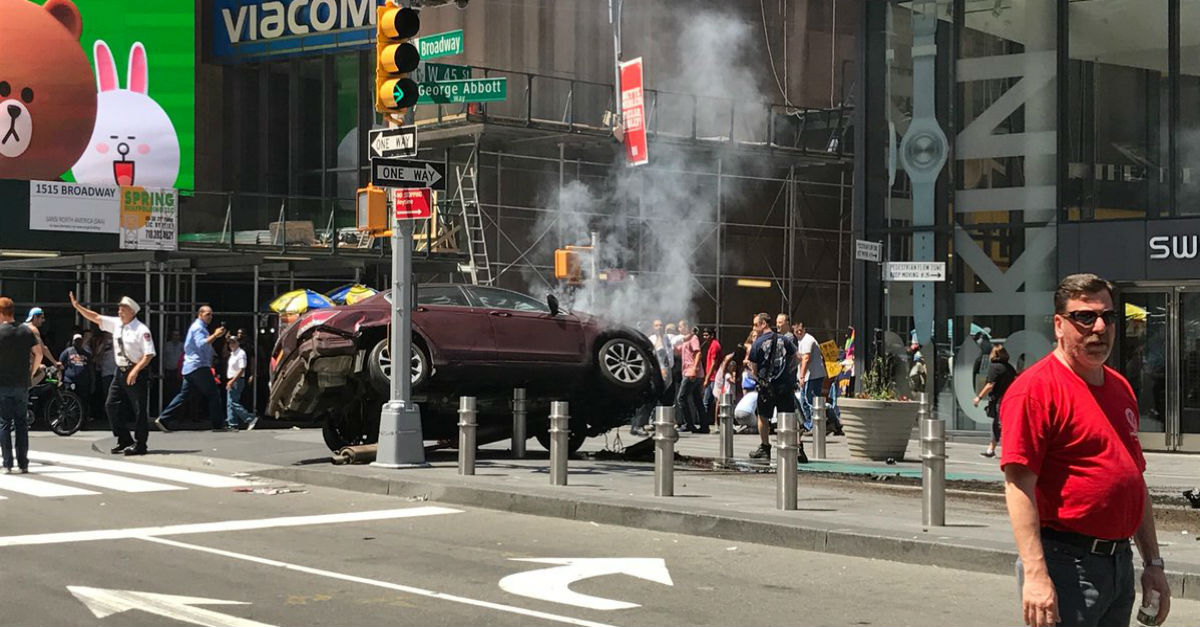 Update: The New York City Police Department has said that the incident is not related to terrorism. It is currently being investigated as an accident.

Just in: Times Square incident being investigated as an accident based on preliminary information – @brynnCNN told by NYPD

ABC News reports that the suspect is a 26-year-old man who has already received two DWIs prior to Thursday’s incident:

A vehicle in New York City struck at pedestrians in Times Square, according to Reuters.

At least 10 people are being treated for injuries.

According to witnesses, at least one person has died from the incident.

RELATED: A Pennsylvania school bus carrying 14 students was left flipped on its side after a hit-and-run

Pictures from bystanders show the aftermath:

What's happening in Times Square?? This car was in the sidewalk and people are on the streets pic.twitter.com/PsepRtfrAr

The cause of the incident and identity of the driver has not yet been reported.

This story is developing.