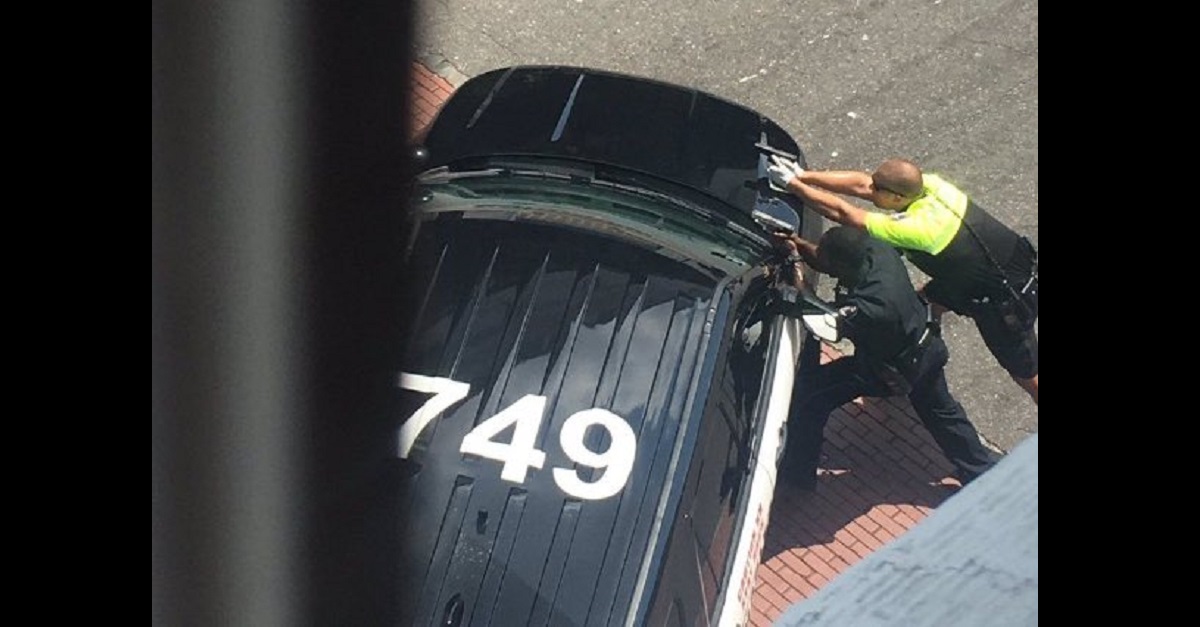 At least one person has been killed in an active shooting and hostage situation unfolding in Charleston, South Carolina; the gunman is in critical condition.

Just after noon, a gunman entered the dining room at Virginia’s On King, a restaurant along King Street in Charleston. The street, lined with shops and restaurants, is a popular destination for locals and tourists.

The Post and Courier reports that a suspect described as an “older black man wearing an apron and dressed like a kitchen staff member” and carrying a gun locked the door at the restaurant and told about 30 people seated there, “I am the new king of Charleston.?

In a press conference, Charleston Mayor John Tecklenburg said the shooting was “not a hate crime” and the incident was caused by a “disgruntled employee.”